Bell 6GB for $30 Data Plan Promo is Back

When will the carriers make the popular 6GB/$30 data plan permanent, instead of running it constantly as a promo that emerges randomly? An internal Bell posting reveals the 6GB plan is back for smartphones such as the iPhone. The plan will typically require a three year contract, and no expiry on the plan is noted. 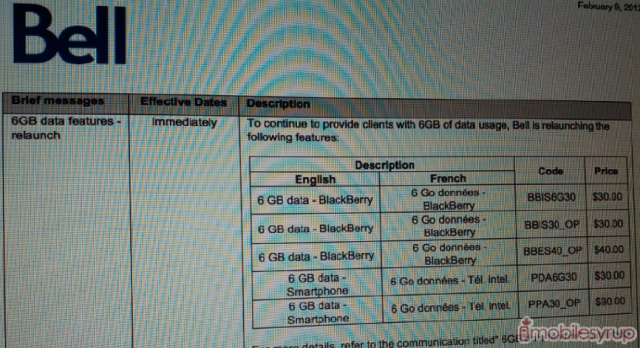 Bell recently extended their LTE network to 7 more cities. If you want to jump on this plan now is the time to do so.

Rogers, Telus and Bell announced this week they will be waiving all long distance calls and texts made from Canada to Iran. The temporary waiving of charges depends on carrier, postpaid and prepaid accounts, with different end dates. “To help Canadians stay connected to loved ones, Rogers is temporarily waiving long-distance calls and SMS messages […]
Gary Ng
23 hours ago