Now, Bell has given more specific details on what caused the massive outage—which lasted about four hours—on the East Coast, calling it a “perfect storm” that involved construction crews digging in the wrong places. 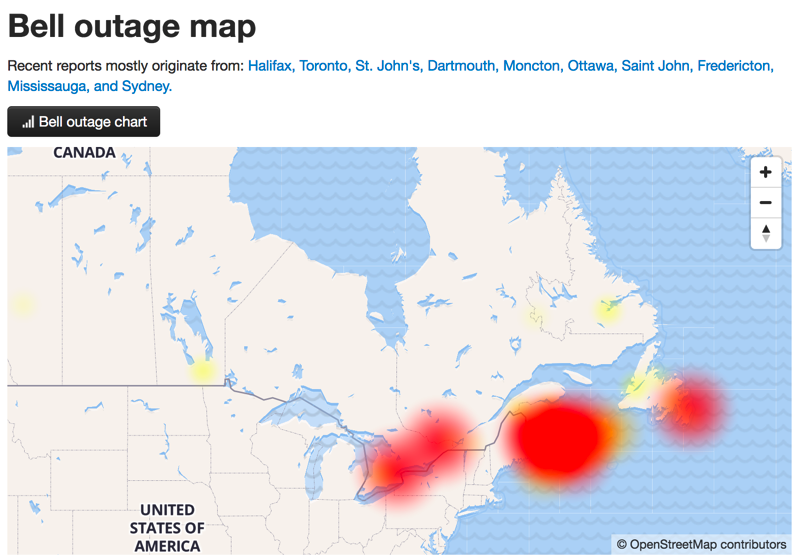 Luckily, most services remained up due to network redundancy, but the second major cut, near Richibucto, New Brunswick, was the kicker that caused widespread damage.

What didn’t help was the remote location of the second cut, made by a logging company in a densely forested area, which resulted in heavy equipment and crews taking longer to reach the cut cable.

“I’d note again the unique and perfect storm nature of this situation: cuts to two major fibre routes one after the other, and one in a location (New Brunswick) that was exceptionally difficult to locate and repair,” said Gibson.

The spokesperson went on to say “We manage literally hundreds of thousands of construction requests for fibre locates across Canada each year, yet construction cuts continue to rival severe weather as the primary reason for service outages.”

The company’s armoured cables are buried deep in the ground, but third parties are to blame when they don’t adhere to Bell’s location guides or “or simply go ahead with their work without asking.”

The CRTC told CTV News they have requested a detailed report on the outage from Bell, including a summary of the ability of customers to contact emergency services.

“The information that Bell will provide may be sensitive in nature with respect to safeguarding telecommunications networks in Canada, so it may not be appropriate to disclose it publicly,” said the commission’s Celine Legault. She says eight the agency has been contacted eight times from the public regarding the outage.

Some industry observers say there needs to be more backups to ensure service remains online when cuts occur, while others say another competitor or satellite backup systems should be made available.

Bell reiterated they have “significant redundancy throughout our networks”, and they “continuously monitor and test our systems thoroughly and add additional resources as required.”