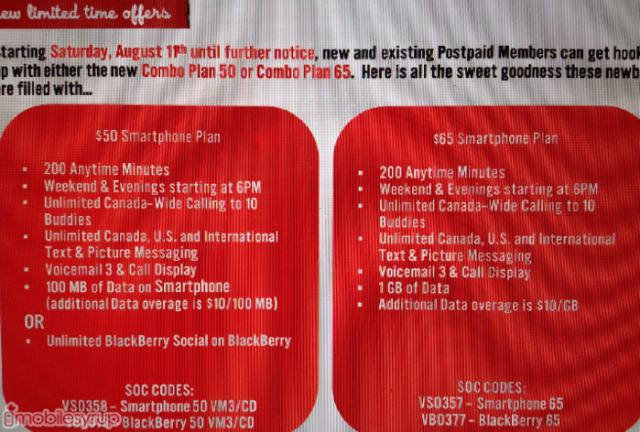 These plans are available right now to our knowledge. All current and new postpaid customers can grab this plan today if they so choose.

The comments regarding the new plans are very well mixed. Many have expressed anger towards the carriers, for example, Ron Mexico said, “worst plans they’ve released in a while, $50 with 200mb, really?” In reality though, these prices are typical throughout Bell, Telus, and Rogers.

What are you paying for your current mobile plan?