Bell is the first wireless carrier in Canada to support LTE Apple Watch Series 3 models, and also debut watch sales directly to customers, as pre-orders are available on the company’s website.

Both aluminum and stainless steel Apple Watch Series 3 cellular models are available in both 38mm and 42mm, and all three colours and various bands. 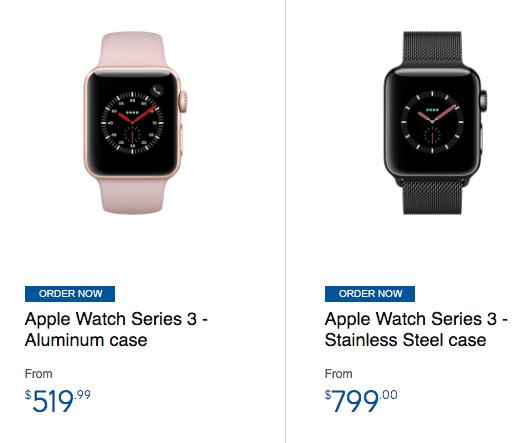 Telus will support Apple Watch Series 3 later this year as well, which is to no surprise as the company shares a network with Bell.

Rogers is not part of the Apple Watch Series 3 cellular launch, leaving some customers to consider switching carriers to gain access to LTE on their new watches.

Rogers, Telus and Bell announced this week they will be waiving all long distance calls and texts made from Canada to Iran. The temporary waiving of charges depends on carrier, postpaid and prepaid accounts, with different end dates. “To help Canadians stay connected to loved ones, Rogers is temporarily waiving long-distance calls and SMS messages […]
Gary Ng
7 mins ago