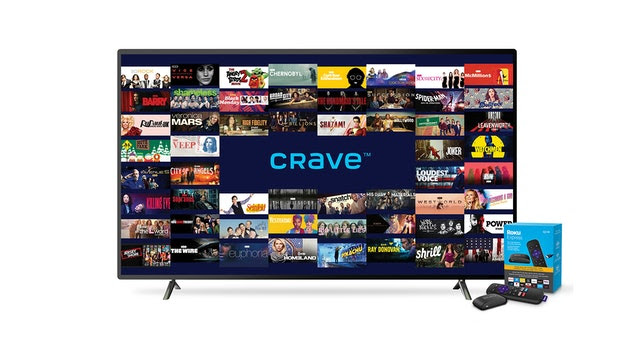 Bell Media has announced its Crave streaming service is now available on all Roku streaming devices in Canada.

The launch of Crave on Roku adds to the list of devices you can watch content from, joining Crave.ca, iOS, Android, Apple TV, Chromecast, Xbox One, Amazon Fire TV, Android TV, and select Samsung Smart TVs.

“Our team has been working diligently with Roku to deliver Crave to Roku users, and we’re absolutely thrilled to share this news with Canadians today,” said Tracey Pearce, President, Distribution and Pay, Bell Media, in a statement.

Roku 4K streaming media players are available for $49 on Amazon.ca, for example, and can stream a variety of services such as Apple TV+, Netflix, Disney+ and more.

“Welcoming Crave to the Roku platform is fantastic news for our Canadian customers,” said Arthur van Rest, Vice President of International at Roku, in a statement. “Crave helps us increase the volume of Canadian programming on our platform in both English and French, and provides our customers with access to popular services like HBO, Showtime and Starz.”

It’s really easy to pair your Apple AirPods or other headphones to a Roku streaming device for watching at night when the family is asleep–click here to learn how to do it.

Currently, Crave is offering an extended free 30-day trial of its streaming service, which includes content from HBO, Showtime and more. The service recently lowered streaming quality to 720p to save internet bandwidth during the ongoing COVID-19 pandemic.