If you recently purchased a Samsung TV as part of Black Friday or Cyber Monday, there’s a promo available which offers three months free of CraveTV, the streaming media service operated by Bell Media. 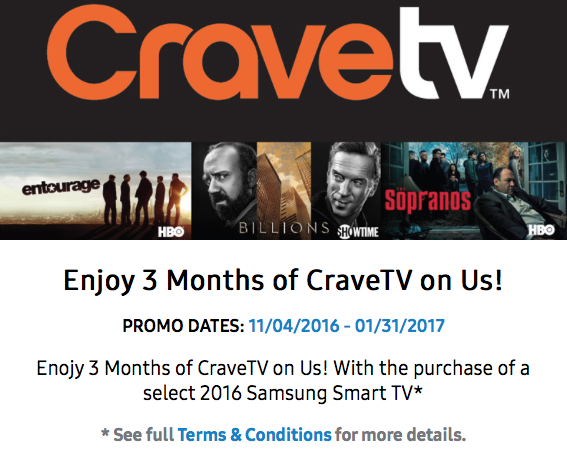 The promo started November 4 and goes until January 31, 2017. Details note the purchase of a “select 2016 Samsung Smart TV” will grant you three months free of CraveTV, which is $24 in value. 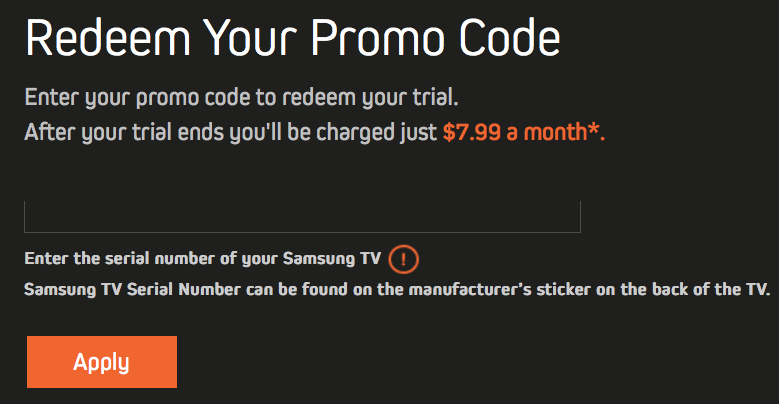 According to users on RFD, serial numbers of older Samsung televisions appear to work, some dating back to 2014 and are not smart models (typical Samsung screw up).

You can enter in your serial number to claim your free three month CraveTV subscription here. Do note a credit card will be required and you will be automatically billed once your trial expires, so beware.