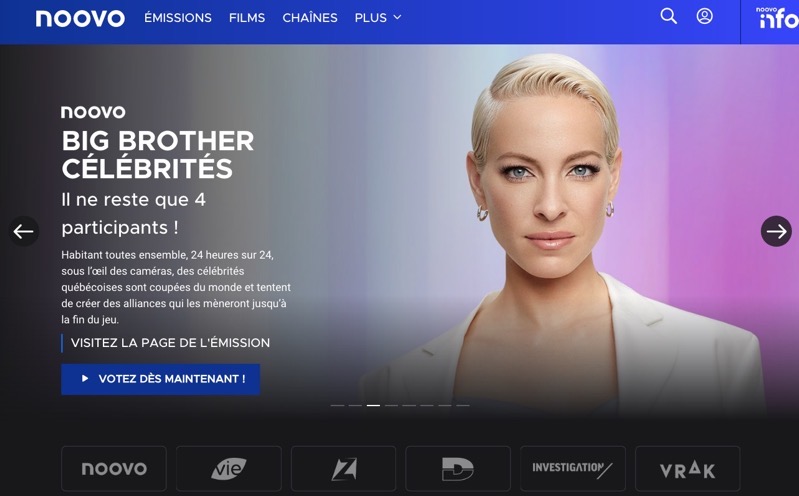 On Monday, Bell officially announced the launch of new iOS and Android apps for Noovo, along with a new website for the French streaming media service. The app is also available on smart and connected televisions and set top boxes such as Google TV and Apple TV and Chromecast.

Bell’s Noovo also is being featured in the App Store from Apple under the ‘Today’ tab:

According to Bell, aside from Noovo content, there will also be content from Canal D, Canal Vie, Investigation, VRAK and Z. As of Monday, Bell says “the majority” of live daily programming from Noovo will be available, along with all episodes from news show Noovo Le Fil, plus live episodes.

“Noovo.ca is now becoming an essential destination for accessing news and entertainment. It enables us to provide an exceptional platform highlighting all the depth, diversity and quality of our homegrown French-language content,” stated Karine Moses, Vice Chair, Quebec, and Senior Vice President, Content Development and News, Bell Media, in a statement.

Bell says specialty channel subscribers can view content from Canal D, Canal Vie, Investigation, VRAK and Z on Noovo.ca once they login to authenticate subscriptions. This feature is available on the Noovo mobile apps for iOS and Android, and will soon be coming to Apple TV.

If you recently purchased a Samsung Galaxy Z Fold4 or Galaxy Z Flip4, you can get a promo code to stream the 2022 FIFA World Cup free on TSN for six months, as part of a recent freebie. According to Samsung, it explains “once you have received your eligible Galaxy Z Fold4 or Z Flip4 […]
IIC Deals
15 mins ago