In less than 24 hours after the launch of the iPhone 6, Bell and Virgin Mobile have increased their 2-year contract pricing to fall in line with what we’re seeing from Rogers and Telus.

Here are Bell’s old prices we first told you about last week:

Bell updated their prices last night—check out the minor increases below: 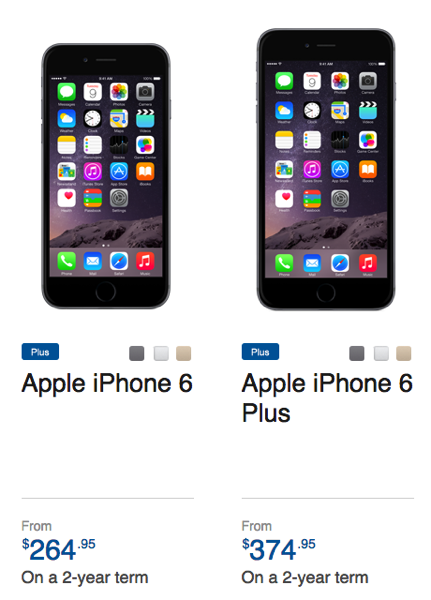 We were somewhat surprised Bell had debuted contract pricing that was $5 cheaper than Rogers and Telus, when for the most part, the Big 3 follow similar pricing schemes all the time. Looks like Bell read my mind and made sure everything is all good now!

Yesterday, the company stated iPhone 6 and iPhone 6 Plus shipments from Apple were delayed given high demand and low inventory. With this in mind, it didn’t really make sense for Bell to not charge the same as their rivals when everybody and their grandma wants Apple’s newest smartphone.

[caption id="attachment_382081" align="aligncenter" width="1000"] Image: Bell[/caption] As Hurricane Fiona makes landfall in Atlantic Canada, telecommunications services are more instrumental than ever in ensuring that Canadians can stay connected with their loved ones and emergency services. To that end, Industry Minister François-Philippe Champagne is organizing telecom operators in the impacted areas to "ensure their services are...
Nehal Malik
1 hour ago