Bell has lowered the price of its remaining iPhone 5 stock, following a similar move from Telus made on the weekend. Here are the new prices on two year term contracts:

It’s odd how the 32GB and 64GB black models are the same price (maybe a price error?). 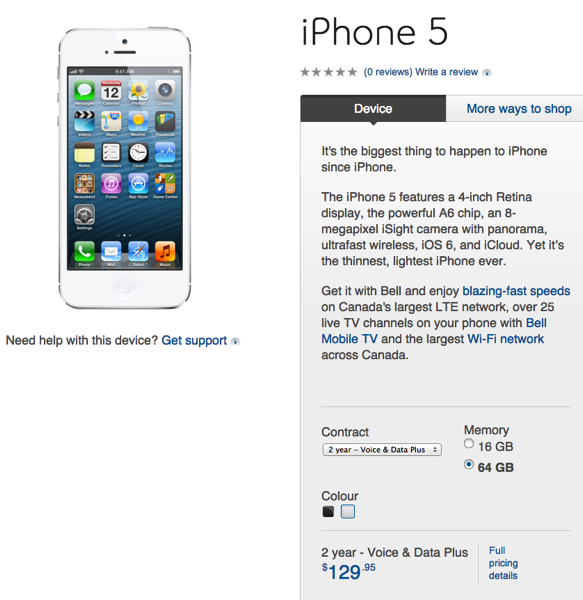 The 64GB iPhone 5 for $129 on contract is a significant price reduction for last year’s model, considering it was as high as $399.95 on a two year term from Bell. Let us know if you’re going to jump on these discounts!

PCMag has released its 10th annual Fastest Mobile Networks Canada results, this time for 2022. This is where the publication drives across Canada to test wireless speeds and coverage with its array of devices. For 2022, the fastest mobile network crown goes to Bell, seeing maximum download speeds of 1373 Mbps, versus Rogers in second […]
Gary Ng
2 days ago