Bell started sales of LTE versions of the Retina iPad and iPad mini at the end of July. Starting today, the company has started to offer two year term pricing on these iPads with a required monthly flex plan.

If you sign a two year contract, you get $150 off (or $6.25 per month) the up front cost of the device compared to outright pricing. You will be required to pay $10 per month on the Tablet Flex Plan which starts at 100MB of data. With LTE speeds, it will probably be tricky to stay under 100MB of data and avoid overages. 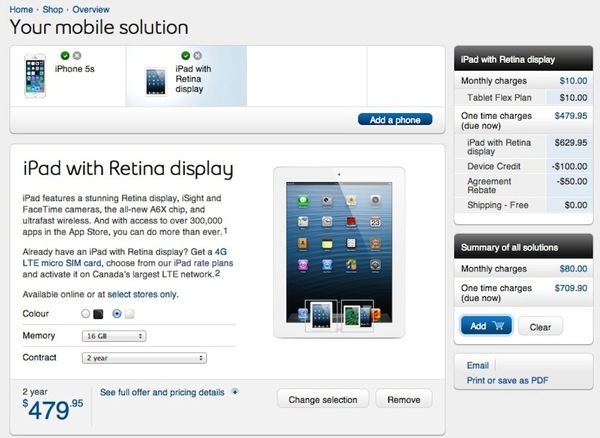