If you’re looking to buy a cellular iPad Air 2 or iPad mini 3 from Bell, it’s now available online. The company has listed the new iPads on its website, showing all three capacities in 16GB, 64GB and 128GB.

Non-contract pricing is the same as Apple.ca but those interested in subsidized contracts can subscribe to the company’s Easy Purchase plans: 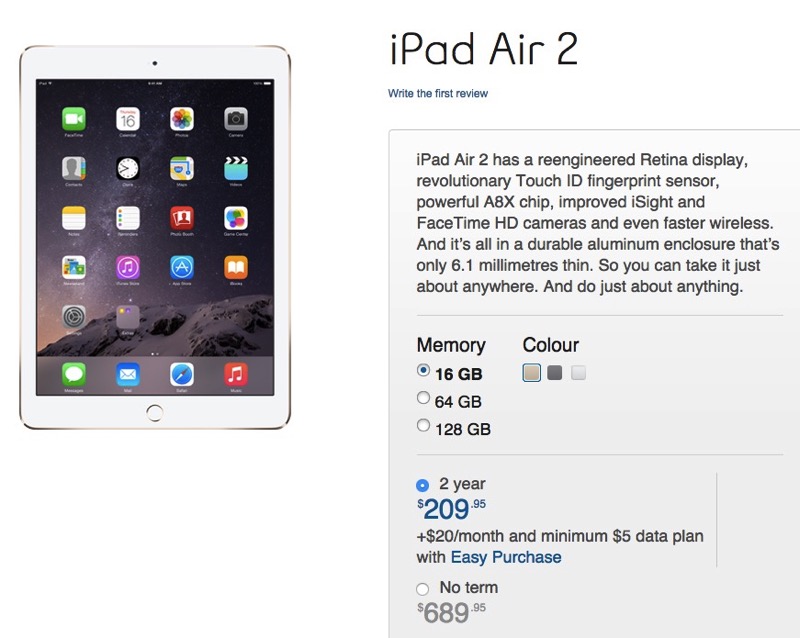 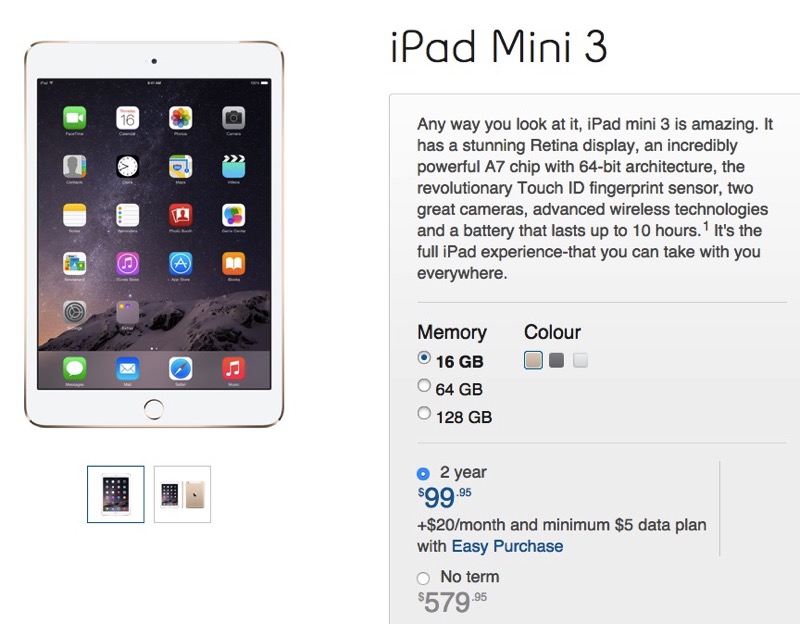 Bell’s flex data plan is listed below, starting at $5 for 10MB of data (which will easily be consumed over LTE networks), the same as last year:

For those who want a 30-day pass which requires no contracts, prices start at $15 for 250MB of data (these passes auto renew every 30 days unless you cancel it):

Yesterday Telus launched their new cellular iPad Air 2 and iPad mini 3 sales, but only in 16GB and 64GB versions.

You can also buy these new iPads at Apple retail stores across Canada today, but stocks are limited.