In direct response to Rogers’ $45 Unlimited Quebec plan, and it is also a threat to Fido’s $35 CityFido Plan, Bell has launched a new $45 “Unlimited BC” plan.

This plan from Bell is an absolute bomb-shell, especially considering that Bell almost never releases plans like this. I really like where the Canadian wireless industry is going with these “unlimited” offers.

Check out the plan details below: 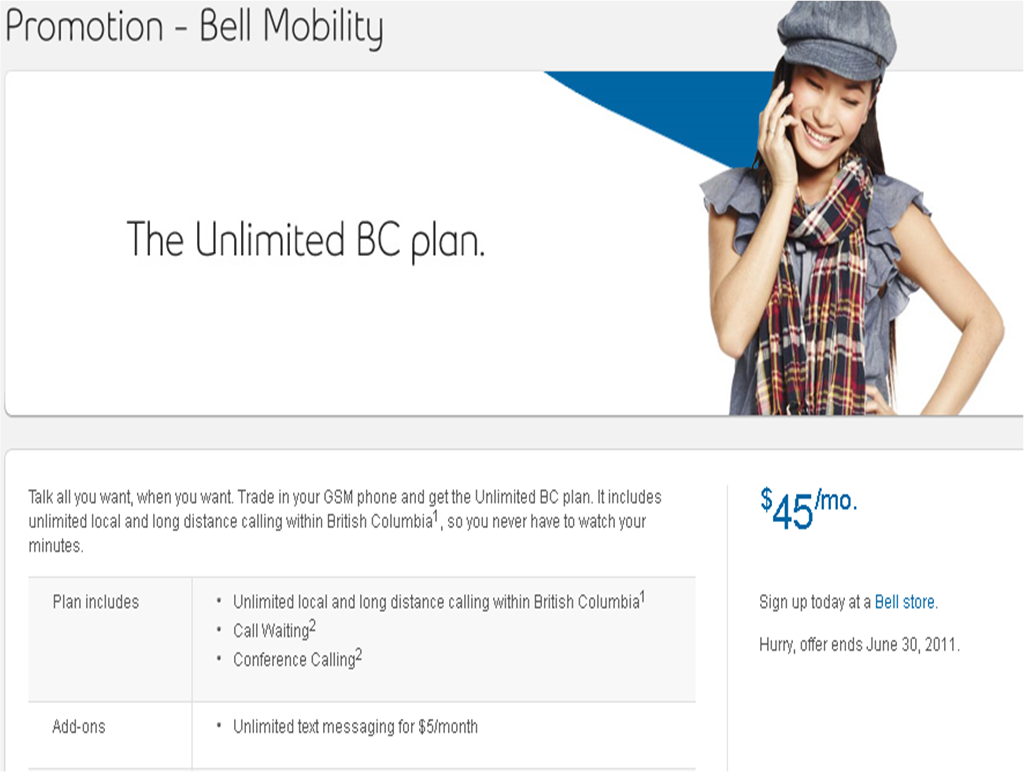