An outage on the Bell network on Monday evening appears to have extended into early Tuesday, affecting numerous customers from coast to coast.

@iPhoneinCanada Hi there . I’ve been having issues with Voice over LTE on my iPhone since last night and according to a bell technician there is a nationwide outage , any news on that ?

Here is a picture of the current Bell outage map: 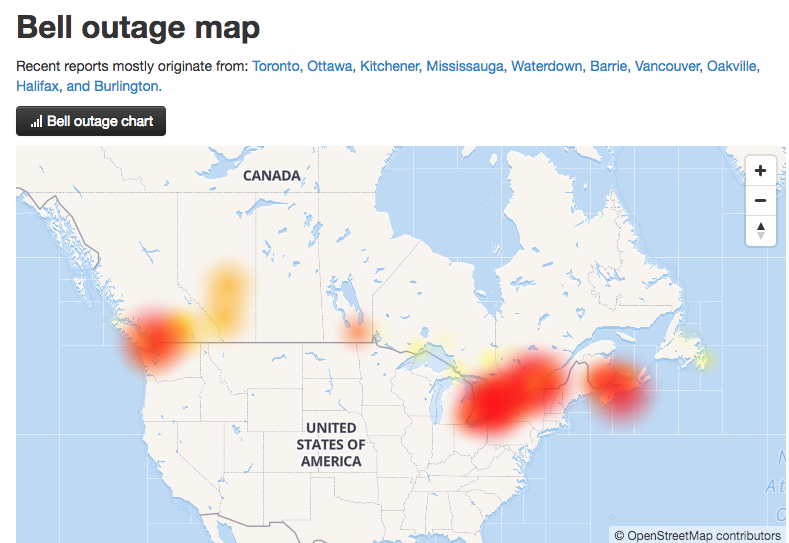 Bell customers have noted they are unable to access LTE services, which has affected Apple Watch Series 3 cellular users. Most wireless users have complained on social media about not being able to send and receive texts or make phone calls. 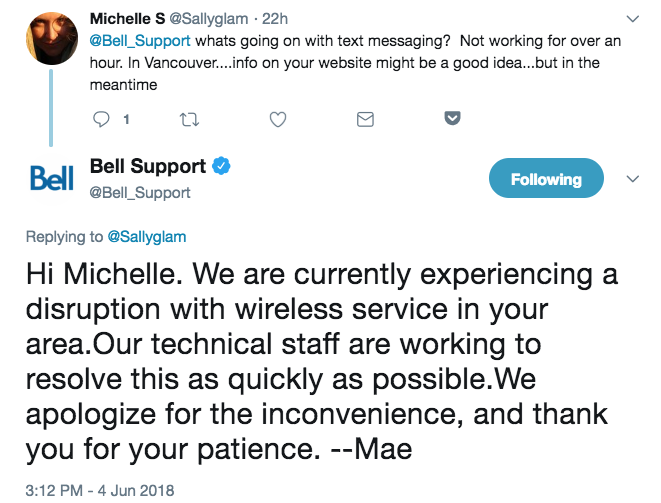 Some users have also complained about their Internet being down as well as home phone services from Bell as well.

As of three hours ago, service was still affecting customers in Montreal, Quebec. Bell Support on Twitter told users “Our techs are still working very hard at getting this resolved, ASAP.”

We’ve reached out to Bell for comment on the outage and will update this article accordingly. In the meantime, try rebooting your phone or toggling on/off Airplane Mode and see if that will fix the issue.

Are you suffering from a network outage on the Bell network?

A limited number of customers have been experiencing intermittent voice and text service disruptions on our LTE network. We are continuing to investigate and hope to have the issue resolved soon.

If you recently purchased a Samsung Galaxy Z Fold4 or Galaxy Z Flip4, you can get a promo code to stream the 2022 FIFA World Cup free on TSN for six months, as part of a recent freebie. According to Samsung, it explains “once you have received your eligible Galaxy Z Fold4 or Z Flip4 […]
IIC Deals
7 days ago