Bell has launched a new promo offering an “additional $100 off any smartphone” for existing Bell TV, Internet or Home phone customers who activate a 2-year contract, on a Plus or Lite plan. 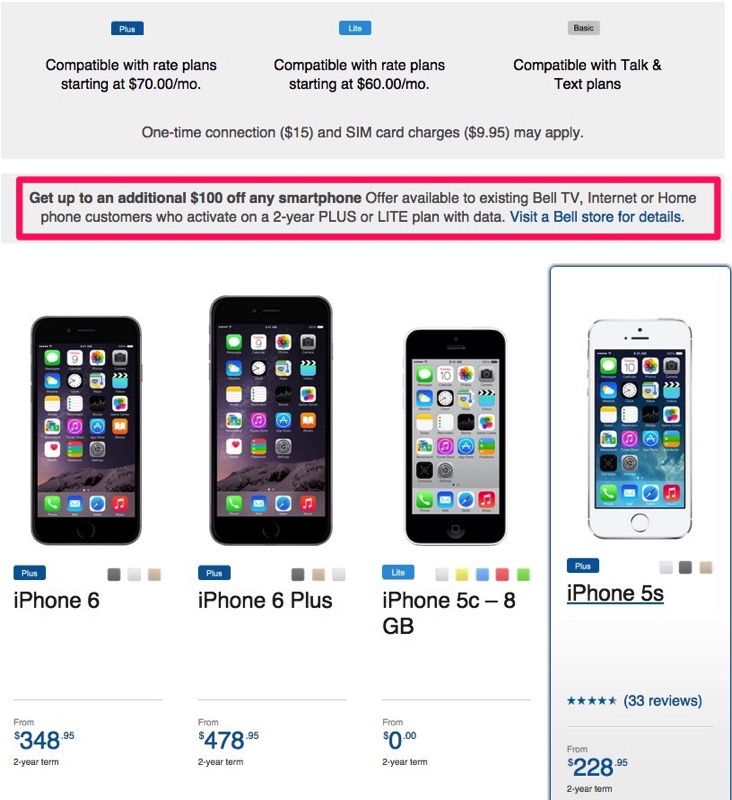 Plus rates plans start at $70 per month, while Lite rate plans start at $60 per month. For people considering this ‘promo’, it means you could save an additional $100 on an iPhone 6, iPhone 6 Plus or iPhone 5s on contract. Bell does not provide any further specific information, aside from asking customers to “visit a Bell store for details.”