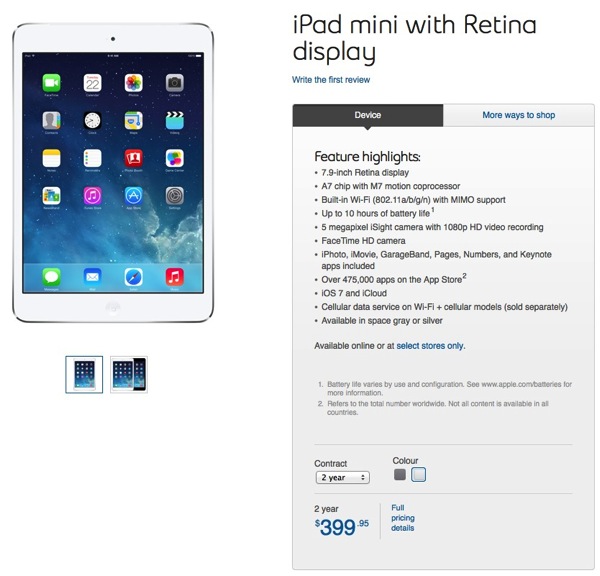 Bell has just launched sales of the cellular version of the Retina iPad mini on its website, starting at $399 on a 2-year term or $549 outright for a 16GB model in black or white.

If you are currently a smartphone customer at Bell, you can also pay $10/month and use data sharing from your existing Voice & Data Plus plan.

Currently the $35 activation fee is waived until November 30. Bell first started sales of cellular iPads back in late July.

Telus launched cellular Retina iPad mini sales three days ago while Rogers has yet to get stock of the newest iPad mini as their website still says “coming soon”.