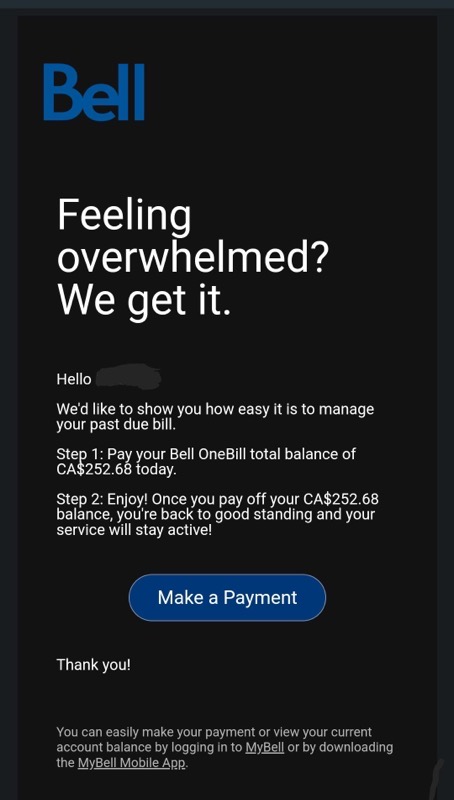 Earlier this week, an unusual email shared on Reddit claimed to be from Bell asking for past due payment, but it turns out this particular email was never sent by the company.

The email title reads, “Feeling overwhelmed? We get it,” and then it lists two steps on how the said customer can pay their past due bill and be “back to good standing” and have their service “stay active.”

Reddit user u/unfetteredmind76 shared the screenshot and claimed, “Do you get it? Being really tight and not being able to pay your bill and getting this email feels totally condescending.”

After reaching out to Bell asking about the legitimacy of the email, a spokesperson told iPhone in Canada on Thursday evening it was not sent by the company. In other words, it’s not real. So in this case, we can’t believe everything we read on the internet, it seems.