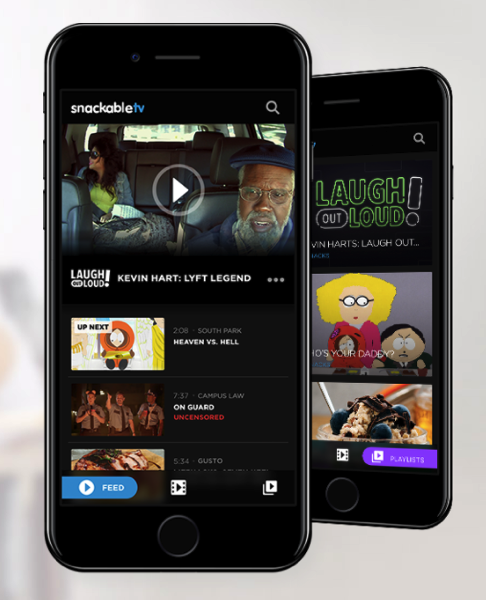 According to Bell Media, the app will launch with zero advertising, but ads are scheduled to come later this year.

Users will be able to view short clips from Comedy Central, such as various South Park clips, Hack into Broad City, Biatches, The Lounge, Broken People and other comedy series, including Letterkenny Shorts and The Beaverton.

SnackableTV looks to target mobile viewers, in what looks like a way to divert attention from apps like YouTube, which also have short clips supported by ads. But Bell Media hopes their exclusive content deals will keep eyeballs glued to the app. Let us know if you’ll be checking out SnackableTV in the comments.