Around the end of May, Bell’s LTE network went live in Miramichi, New Brunswick. Bell’s website was recently updated to reflect the change and TELUS’ as well (both companies have shared 4G LTE networks). Below is a speed test from the Bell LTE network taken on May 24th and as you can see speeds are pretty decent. 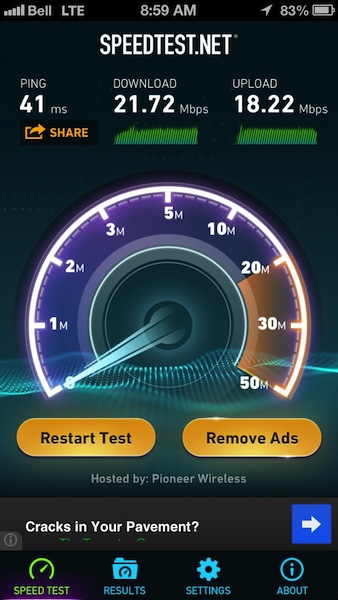 Wireless coverage is expanding in the Maritime as Fido recently announced it will launch in the region on June 14th, with LTE expansion also slated for Miramichi by the end of 2013. Let us know how you are enjoying those LTE speeds.