Routine maintenance by Bell resulted in Toronto resident Juixiang Liu’s front lawn being dug up in February. To her surprise when she came home from work, she not only discovered a massive fenced off hole filled with water, but a sign on her door that said water had been shut off. 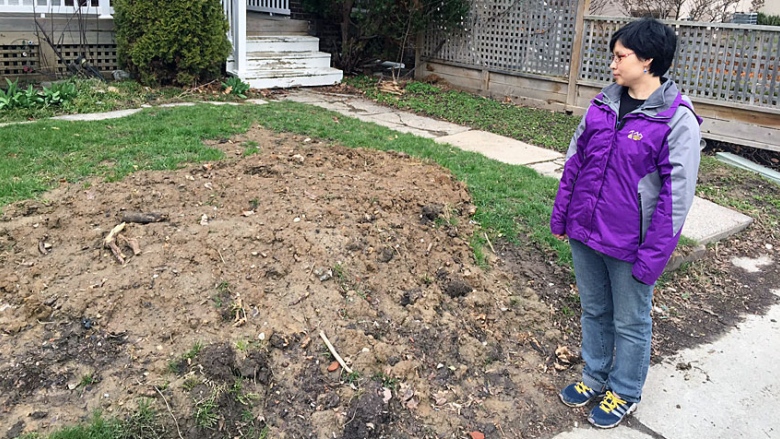 What happened? Bell and their contractor did not notify her of the work, which resulted in a busted water pipe, leaving her family without water for over 30 hours, when temperatures had dipped to -16C. To make matters worse, she was stuck with the $267.73 bill by the city to pay for the water shut-off fee. Her lawn also remains a muddy mess.

It wasn’t until Lui contacted CBC News did Bell offer to reimburse her for the incident. “It’s like being kicked back and forth.… I feel helpless,” she said.

Bell spokesperson Caroline Audet told CBC News the maintenance work was for equipment buried in a city easement at the front of her home, with work authorized by the City of Toronto. Bell says the contractor failed to notify Liu saying “We’ve followed up with the contractor about that.” The company says they will also offer Liu “goodwill compensation.” 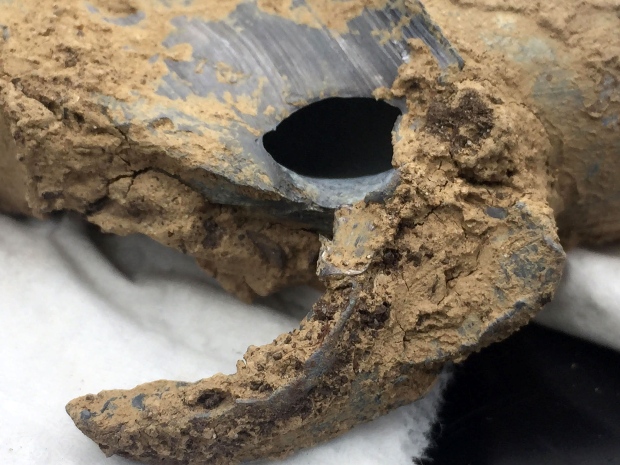 City spokesperson Lyne Kyle reiterated it is Bell’s responsibility to give homeowners 48 hours notice before work commences, but different rules apply for emergency and pre-planned construction. He confirmed Toronto Water was contacted to deal with the broken pipe, and the latter will work with Bell and Liu to settle the charges.

Liu says she had no idea what was happening when she returned home from work the night of the incident. The only notice was from her daughter who told her a crew had started working out front before she left for school, assuming it was either Bell or Rogers.

It wasn’t until the next evening at 9pm did Toronto Water fix the broken pipe and restore water to the home. Since outside temperatures were at freezing levels, the city said water had to keep running so it wouldn’t freeze. Days later Bell workers showed up to fill the gaping hole.

Liu received a call from Bell this week to offer to pay the bills associated with the incident, plus repair her lawn when weather gets nicer, plus an offer of three months free Internet, which she says she may decline, because “I don’t think the internet is as important as water.”