Last month, Bell offered just over $1 million dollars to settle a class-action lawsuit filed against the company, over 911 fees charged in the Northwest Territories for non-existent service. The only place up north with emergency 911 services was in Whitehorse in the Yukon.

According to CBC News, N.W.T. Justice Ron Veale has approved the settlement, and in doing so also applauded Yellowknife resident James Anderson and his son Samuel for launching the lawsuit nearly a decade ago, saying “You’ve done a great service to Northerners to bring this matter forward.” 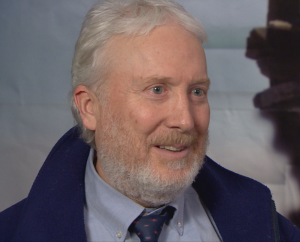 In 2007, the Andersons launched the class-action lawsuit against Bell, arguing the 75-cent monthly 911 fee should not apply to all N.W.T customers, since emergency phones services did not exist.

Bell fought the case in court which included numerous appeals, and in 2013 a judge ruled the wireless carrier was liable to repay fees, which affects nearly 25,000 customers who signed a contract with the company prior to April 13, 2010.

Existing customers eligible for a refund will see payment within 90 days, while Bell is mailing out cheques to former customers. For those who have moved since their time with Bell, they are encouraged to email lawyer Samuel Marr with their current address, as he will relay information to Bell.

Bell is offering members of the class-action $1,016,336.57, which includes interest and legal costs for the Andersons; their lawyers previously advised them to accept the offer. The terms note Bell will pay out as much of the settlement as possible and any remaining funds would be donated to the Stanton Hospital Foundation.

Last month, Anderson said “Had I known that Bell would appeal every step I might have thought differently. But it was the right thing to do.”

If you recently purchased a Samsung Galaxy Z Fold4 or Galaxy Z Flip4, you can get a promo code to stream the 2022 FIFA World Cup free on TSN for six months, as part of a recent freebie. According to Samsung, it explains “once you have received your eligible Galaxy Z Fold4 or Z Flip4 […]
IIC Deals
7 hours ago