Some City of Kingston snowplows can now be tracked online, thanks to a nine-month Smart City pilot with Bell.

Residents can visit CityofKingston.ca/Snow and see the tracker offering data of when the last time roads were snowplowed. The “last plow completed” data notes a range from “less than 4 hours ago” to “16 to 24 hours ago”, shown in different colours on a Google Map, as seen below: 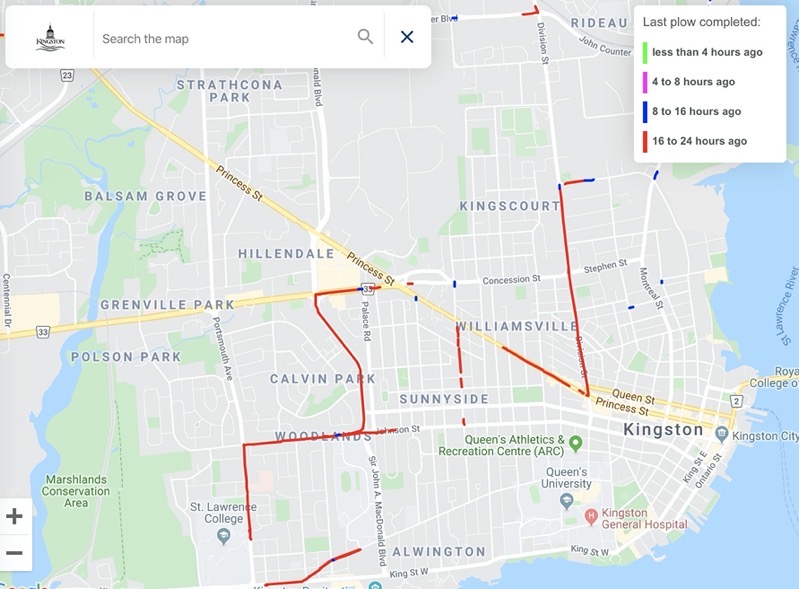 “The Smart City pilot is all about leveraging technology to improve residents’ quality of life. This pilot will give residents the opportunity to see our snow clearing efforts in a new and exciting way,” says Mayor Bryan Paterson, in an issued statement.

The pilot phase will see the Snowplow Tracker map feature some plows on main roads such as Princess Street, Division Street and Gardiners Road.

The city says snowplows on residential streets are now shown on the tracker map, but will “remain actively working” during winter months.

“Services like the Snowplow Tracker map delivered over Bell’s Smart City Platform illustrate how Internet of Things technology can improve City services for residents,” says Gary Semplonius, Bell Senior Vice President, in an issued statement to iPhone in Canada. “We look forward to future opportunities with Kingston to implement a broad range of solutions that leverage Bell’s advanced fibre and wireless networks to enhance City operations.”

The City of Kingston’s Smart City pilot with Bell—which came into effect in early 2018—runs until September 2020.