With the London 2012 Olympics set to kick off on July 27th, it looks like this will be one of the most-connected Olympic games ever. You will soon be able to catch all the action via the free CTV Olympics London 2012 apps, set to be released soon, as announced by CTV:

There are two different mobile apps for smartphones and tablets that Canadians can use to stream live video during the Olympics.

The free CTV Olympics London 2012 app, which will be available for Android, Apple, BlackBerry and Windows Phone 7 devices, will stream live coverage and video highlights, and will also include results, schedules, news and social media integration. The app will only stream video over Wi-Fi and not over mobile networks.

Bell has the exclusive rights to offer video streaming over mobile networks and is charging $10 a month for 10 hours of viewing, per device. A Bell spokesman said some users might have to pay for two months of service for the Olympics package, since the $10 fee is based on each user’s billing cycle. For example, if a user’s billing cycle refreshs on the first of the month they’d have to pay $10 twice — once to start viewing video when the Games begin on July 27 and a second time to watch content from Aug. 1 through Aug. 12. 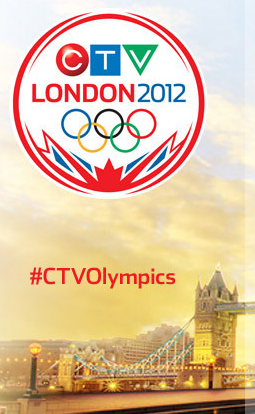 If you want to watch over your mobile network, it’ll be via Bell’s network and will cost $5/month for 10 hours of viewing, similar to what we have seen from Bell’s Mobile TV app. This was just announced by Bell:

Bell Mobile TV is available for an all-inclusive $5 a month for 10 hours of TV viewing including access to live and on-demand London 2012 Games action.

Hmm…looks like that earlier CTV report has some conflicting information over the price for Bell customers? Looks like it will be $5/month instead of $10.

If the live coverage over WiFi on both the iPhone and iPad app is the same as it will be online via the web, I’ll be a happy camper!