If you’re a Bell customer, the company has updated their MyBell Mobile iOS app today with various bug fixes and “cosmetic improvements on iOS 9”.

The app allows customers to check balances, make payments, plus track their usage across Bell Mobility and Bell Internet, while also managing Fab contacts and viewing details of their current rate plans. 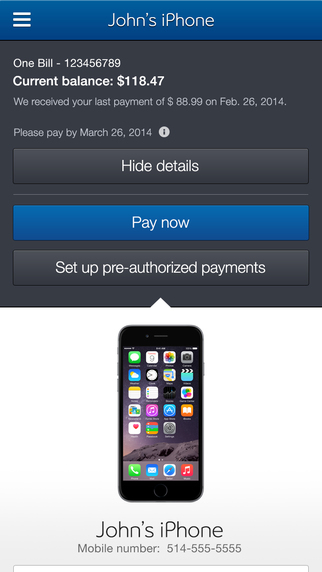 Users in iTunes have complained the previous version of the app was extremely buggy. Customers noted they were unable to login, or had to re-login every single time, while some noted the app was just downright unusable as it would not fully load.

Let us know if this update has fixed any bugs you’ve previously experienced with this app.