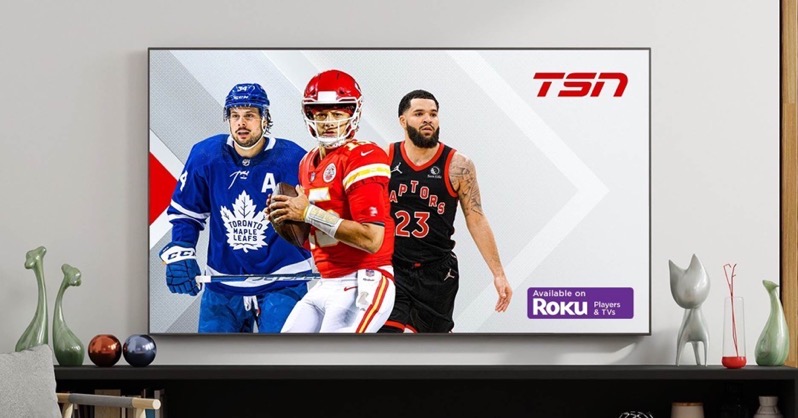 Bell Media’s TSN has launched on Roku streaming players and televisions on Thursday, expanding more live sports to the latter.

“We’re excited to announce the arrival of TSN on Roku streaming devices. We know Canadians are passionate about their sports, and TSN delivers access to championship games and daily highlights,” said Mary-Anne Taylor, Head of Content Distribution, Canada at Roku, in an issued statement. “TSN brings so much value to the Roku user, curating premium sports content the fans want to watch, all in one place.”

Roku customers can download the TSN app from the Channel Store, then sign in with their TSN credentials, or new customers can sign up via Roku Pay.

“The launch of TSN on the Roku platform provides expanded audience access to the most extensive schedule of live sports in the country,” said Jean-Philippe Paradis, Vice-President, Subscription Sales and Partnerships, Bell Media, in an emailed statement. “We’re excited to kick off this partnership as fans are gearing up for a multitude of marquee championship sporting events airing exclusively on TSN this fall.”

Roku says it’s the #1 TV streaming platform in Canada (based on hours streamed) and TSN’s debut will bring live and on demand sports such as the CFL season, NBA coverage including the Raptors, NHL and more. Other sports apps on Roku include DAZN, Fubo, NHL, NBA, MLB, FloSports, UFC and more.