Virgin Mobile users in Quebec, new promo BYOP (bring your own phone) plans are now available, which also include bonus 1,000 international long distance minutes, in a move which matches similar offerings from Fido (the 6GB and 8GB plans).

Here are the monthly prices, which include unlimited nationwide minutes and all the usual extras: 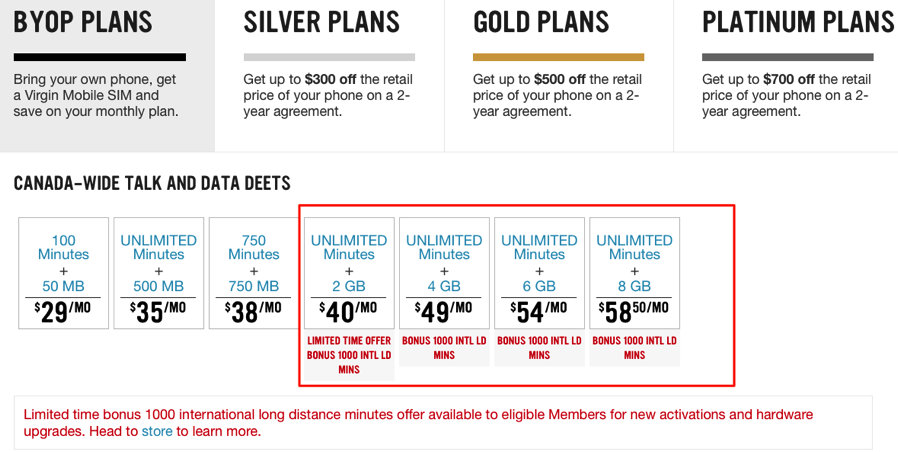 Koodo has not matched these offers yet, as they do not offer a 8GB plan in Quebec.

Why does Quebec have lower mobile pricing from the Big 3 versus the rest of Canada? Thank regional carrier Videotron for local competition. Other provinces such as Manitoba and Saskatchewan have their own regional competition with MTS (now owned by Bell) and SaskTel.

For the rest of us, if you’re looking for a decent plan, Public Mobile (which runs on the nationwide TELUS LTE network) has a $38 per month plan with 4GB data and unlimited province-wide talk, if you subscribe to auto renew with your credit card. Otherwise it’s $40 per month and the promo expires on November 20th.

If you’re looking for the best AirPods 2 deal for Black Friday, it’s available from Bell Canada (of all places). Yes, that’s right, Bell is selling Apple AirPods 2 for $99.98 on its website, which is far below the $129 Black Friday deal pricing we’re seeing on Amazon.ca and Walmart. As of writing, Bell is […]
IIC Deals
10 hours ago