Earlier this month Koodo launched a $59 Canada-wide “SIM-only” plan (aka bring your own device or BYOD) that included 2GB of data. 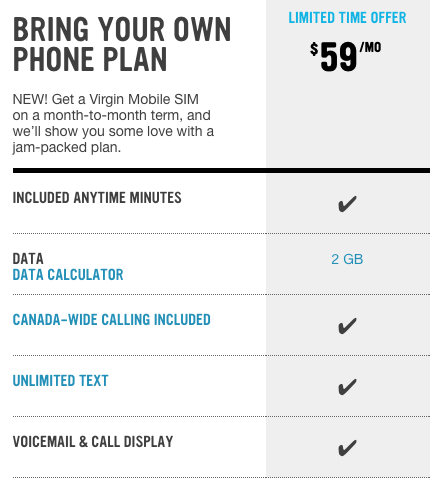 The plan already includes the 10% off BYOD discount like Koodo and a SIM card will cost you $4.99.

Who said there isn’t wireless competition in Canada (still waiting for you Fido)?