MobileSyrup points us to some new promo plans launched by Virgin Mobile to ‘conveniently’ match some revised Canada-wide promotional plans added by Koodo the other day. Check out Koodo’s plans below: 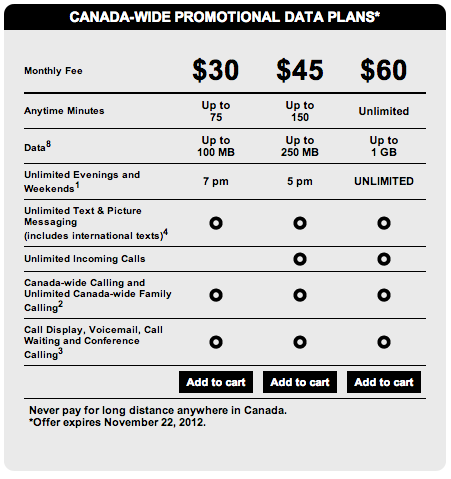 Here’s what’s new in these Virgin Mobile unlimited Canada-wide plans that range from $30-$60:

If you’re a super light iPhone user that usually relies on Wi-Fi, the $30 plans are a decent deal as those minutes are Canada-wide too. Let us know if you jump on any of these plans.