Virgin Mobile Members get various perks, and the popular BOGO (buy one, get one) promo for Cineplex movie tickets has returned. 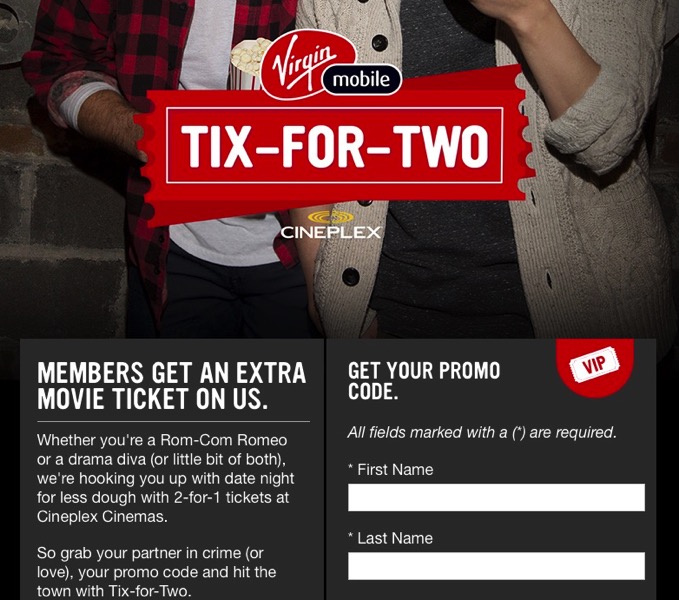 All members need to do is fill in their details on this page and they’ll receive an SMS promo code, which when entered during checkout at cineplex.com/promos/virgin, you’ll get the 2 for 1 discount. ‘General’ movie tickets cost $10.50 each, so the promo can save you up to $21 per month, if you’re an avid movie goer.

Virgin says Members can only request one promo code every two weeks, valid for showtimes from Sunday to Thursday. There’s a surcharge for IMAX, UltraAVX, 3D or VIP tickets, and the promo codes are available “for a limited time only”, while quantities last. Codes are valid until December 14, 2016.

If you’re a Home Phone only Virgin Member, you can click here to download the Virgin Mobile My Benefits iOS app, and get your benefit while connected to Wi-Fi.