Come on, you knew this was going to happen right? Hot on the heels of Fido launching their “limited time promo” with double the data on 500MB and 1GB plans, Virgin Mobile has matched the latter’s offer.

Right now, you can get BYOP plans of $40/month with 1GB data and 500 minutes and $50/month  with unlimited minutes and 2GB data. Both plans include Canada-wide calling and the usual extras. 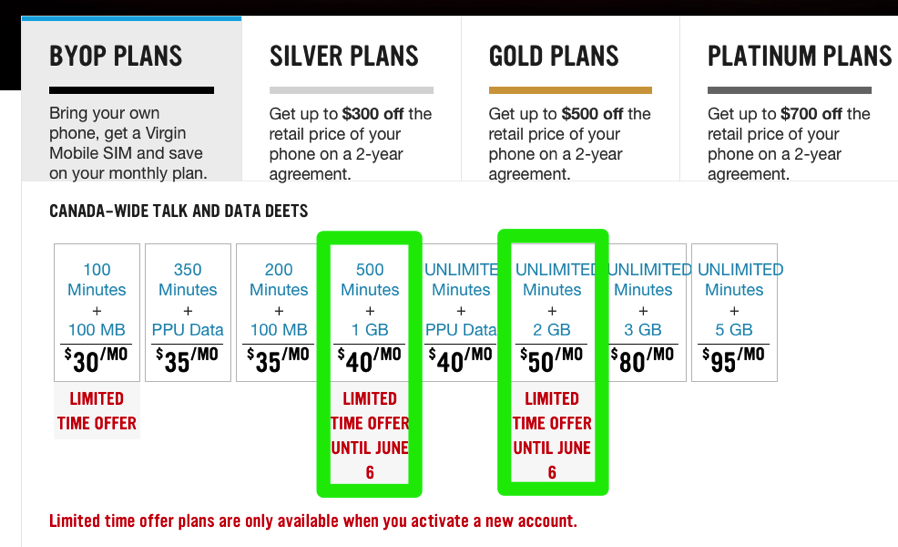 The same offers are available for those wanting to sign contracts, but they are $10 and $15 more for Silver and Gold plan subsidies, respectively.

However, one RFD member was able to call in and switch to the BYOP plan, coming from an existing plan and not a new activation, so your mileage may vary.

Let us know if you’re going to jump on these plans–the offers go until June 6, 2016.