With this plan on a 3-year contract, Virgin Mobile customers qualify for an iPhone at promotional pricing of $159/$269.

For reference, the $60 plan is detailed below:

If you call Virgin to get this plan and the rep has no idea what plan you are talking about, just provide the following plan code (called SOC codes): 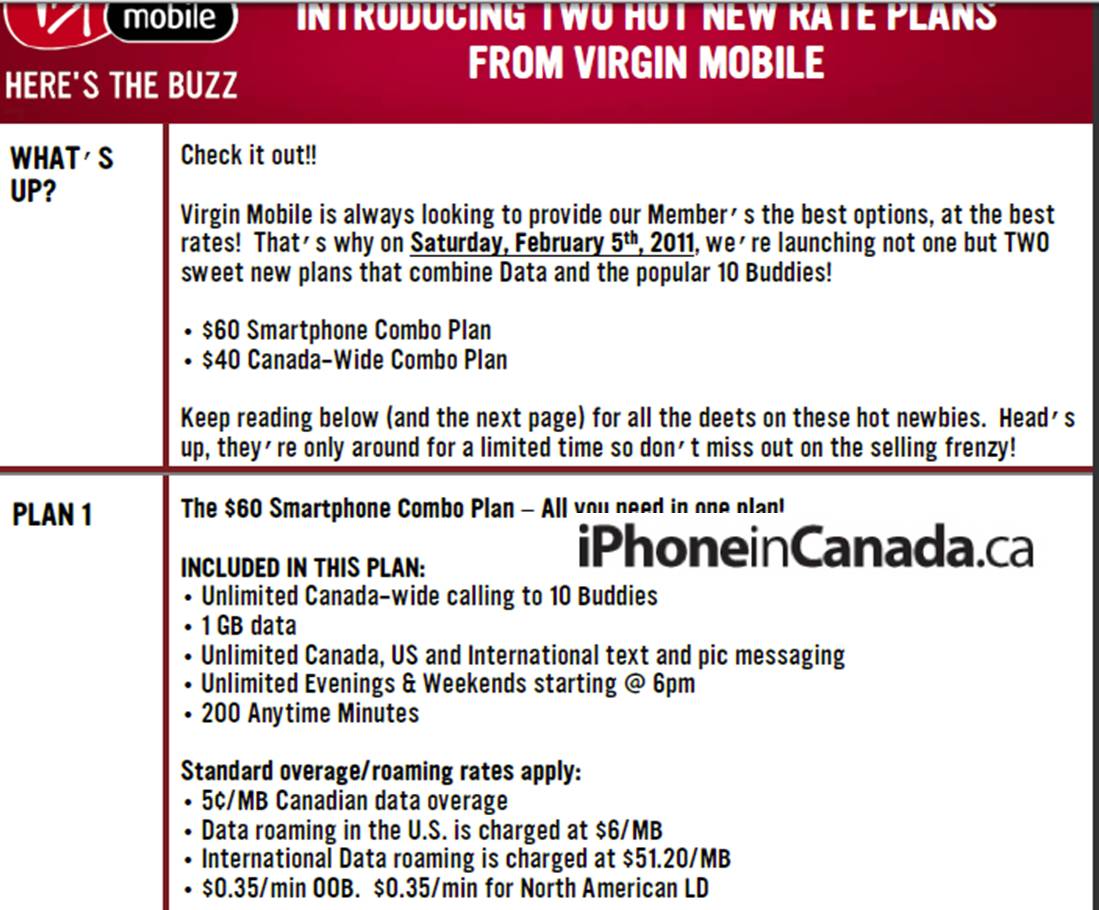