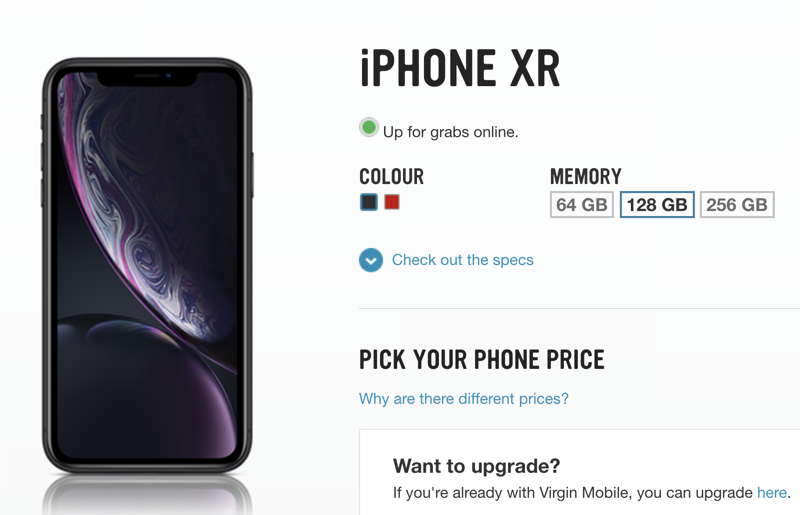 This seems to be the Labour Day weekend of iPhone XR deals, with the latest coming from Bell’s Virgin Mobile.

If you’re not ready to jump to Freedom Mobile and their iPhone XR deal, Virgin Mobile is offering up a 128GB iPhone XR (worth $1,099 on Apple.ca) for $199 upfront on a $55/6GB plan (unlimited nationwide talk, unlimited global text) on contract, according to RFD.

User ‘crazyol84’ explains, “I’ve been shopping around for deals and besides Freedom (which is terrible reception), this seems to be the best deal. The deal was being offered in Capilano Mall in North Vancouver,” so your ‘mileage may vary’ on this offer.

Apple is expected to announce a successor to the iPhone XR at its September 10 special event.