Now, Bell’s flanker brand, Virgin Mobile, has matched this plan and is also offering a Canada-wide calling option too for $5 more. Both plans are only available in Alberta, however. 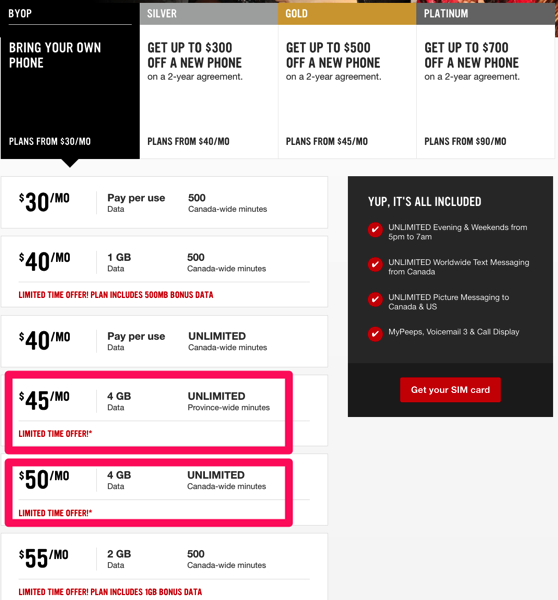 If you were on a Virgin Mobile plan with 2GB of data for the same price, call in and switch to this promo plan to double your data. Rogers-owned Fido hasn’t matched this offering, yet.