The J.D. Power 2019 Canada Wireless Customer Care Study was released this morning, ranking wireless carriers in Canada based on their customer service.

The study concluded Bell flanker brand, Virgin Mobile, as the top pick in Canada when it comes to customer satisfaction, for the third year in a row, with a points score of 811.

Videotron ranked second (804), followed closely by Koodo Mobile and SaskTel with a tied for third (799) and Telus in fourth (786) and Fido in fifth (767). The industry average in this report was 761 points. 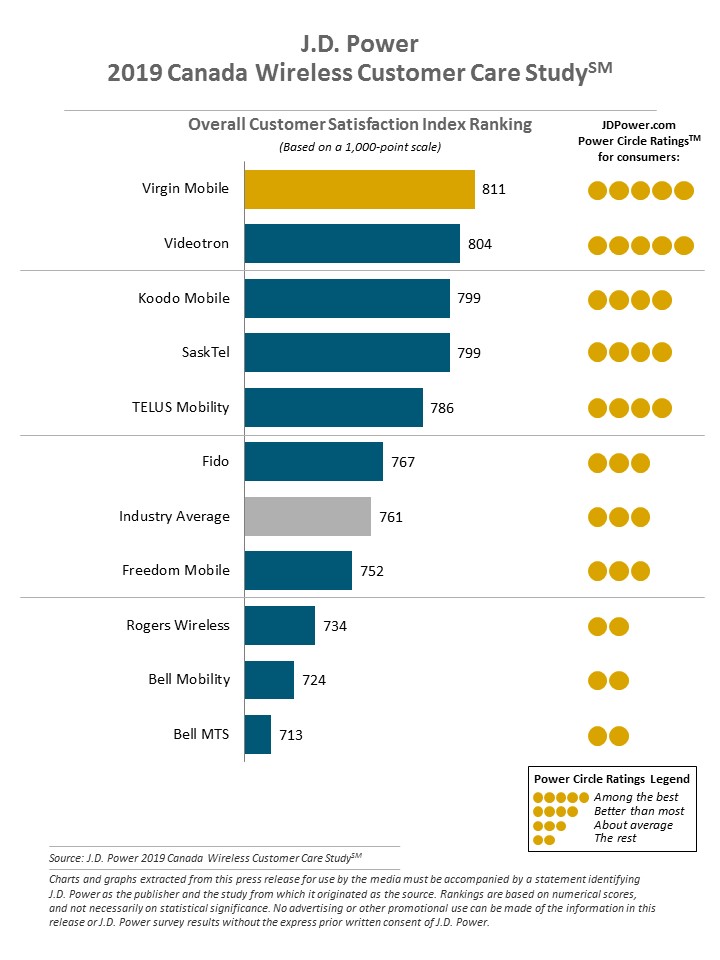 The study concluded, “39% of wireless customers were calling customer service to solve a problem and half of those contacts were billing-related, usually an incorrect bill amount or high bill complaint.” J.D. Power recommends telcos can reduce customer calls by “increasing open communication.”

“Customers experiencing billing issues are less satisfied, and that translates into a lack of trust,” said Adrian Chung, Director at J.D. Power, in an issued statement to iPhone in Canada. “If wireless carriers can offer increased clarity around billing expectations, proactive usage alerts and easy access to information, they will see a boost in satisfaction and more positive impressions of trust and value.”

The study took place from February to March 2019, based on 4,818 responses from customers who contacted their carrier for customer service, through a variety of contact channels such as phone service, in-store, online chat, email, social media, and more.