Bell flanker brand, Virgin Mobile, has launched a new Diamond Plus plan tier, offering upfront subsidies of up to $1000 off a new smartphone. 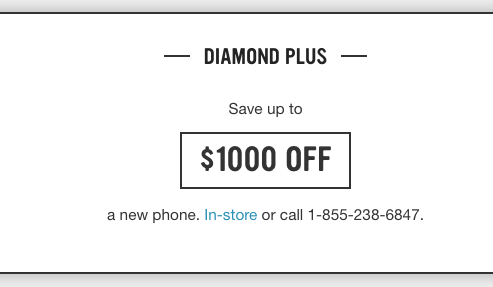 According to Virgin Mobile, plans for Diamond Plus are $10 more per month compared to Diamond plans, so here’s what they work out to, for plans with 500 Canada-wide minutes (unlimited is $5 extra per month). Also, there’s a data bonus going on right now as well:

Currently, new Diamond Plus tier plans are only available in-store or over the phone.