Continuing the recent trend with Bell and Telus, Virgin Mobile has now dropped the price of the iPhone 4 to $99.99.

The new low price, down from $159, is available on a 3-year term or the Virgin Mobile Tab. Bell’s website has also been updated with the price drop, as we exclusively reported yesterday: 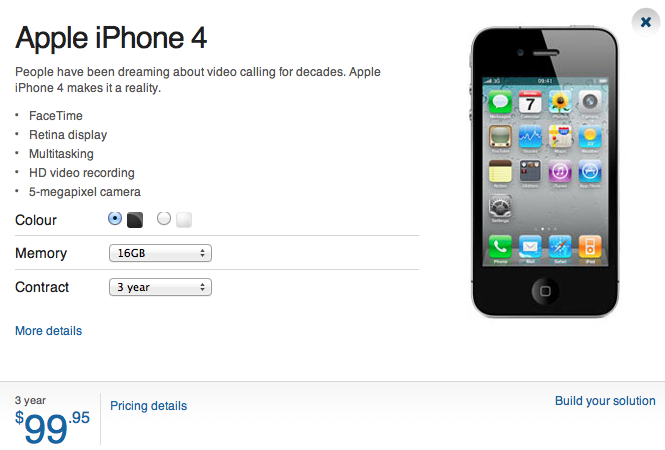 At this time, only the 16GB iPhone 4 has received the price drop with the 32GB iPhone 4 still available for $269. (I’ve always wondered if these price changes are insider knowledge or the carriers simply acting on rumors.)

Next up is Rogers and Fido!

With the new lower price, are you going to get an iPhone 4 or wait for the iPhone 5? 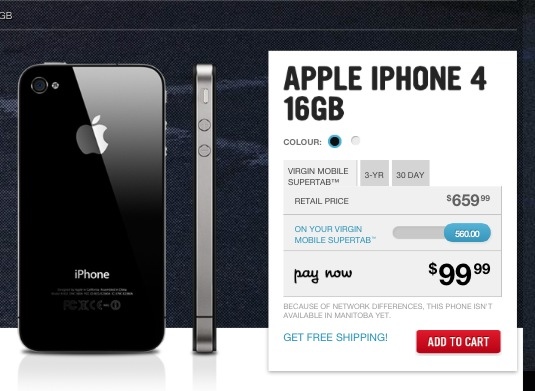