Earlier this month Fido revamped their standard plans with fewer minutes, data and price changes. Now, it looks like Virgin Mobile has made some changes too, as their Gold and Silver plans have been modified slightly. 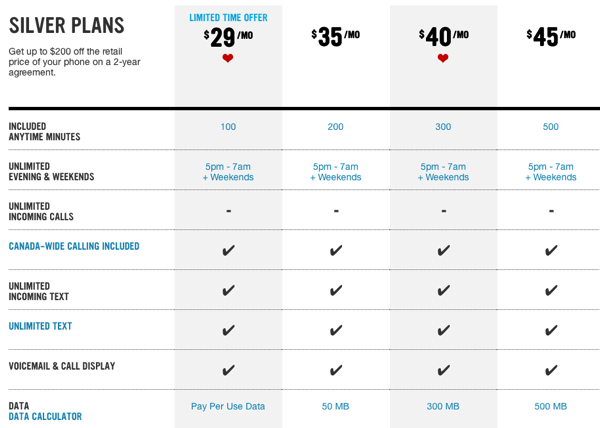 Virgin Mobile didn’t really change the fine details of plans, aside from reducing minutes on the $50 and $55 plans. Fido on the other hand, removed the 50MB data option on their $35 Standard Plan, plus reducing minutes and data on their $39 plan too. The higher end plans saw a $4 price reduction, so that is a good sign, right?