Bell’s flanker brand, Virgin Mobile, has quietly made some changes to their Home Internet offerings, according to an internal document seen by MobileSyrup. 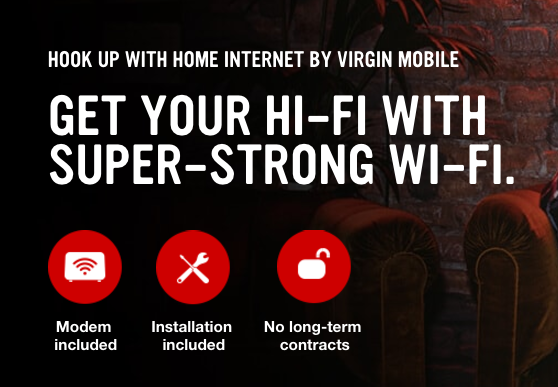 Virgin Mobile Home Internet is also expanding to existing Bell DSL users, with a ‘Home Internet Base’ plan, offering up to 5Mbps down and up to 800Kbps up with 50GB of monthly usage for $35, or $50 for unlimited usage.

Bell has also made changes so usage cycles will now line up with a customer’s billing cycle, while also adding new usage history options for customers to see six months back.

Back in February, we saw Virgin Mobile drop prices of their Home Internet offerings, but these latest tweaks change things yet again.