After Fido yesterday doubled the data on its $45, $55, and $65 Smart Plans, as many of you predicted, Virgin Mobile has followed suit to do the exact same to its Canada-wide Gold Plans (expect Koodo follow shortly). Do note there is also an $80 plan with 3GB data as well: 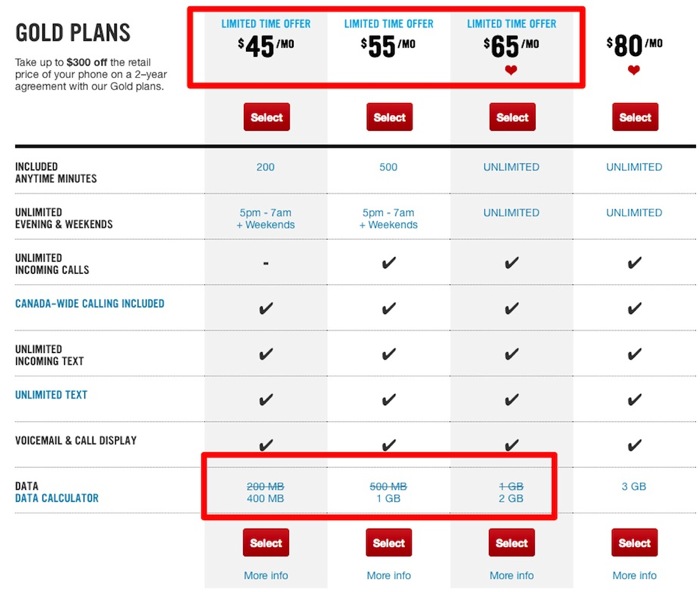 If you recently signed up to one of these Gold Plans, call in and ask to update to this latest plan so you get double the data.