Virgin Mobile has updated its Gold Plans page to reflect a reduction in anytime minutes on its ‘limited time offer’ $34/month plan, from 200 minutes to 100—a 50% reduction: 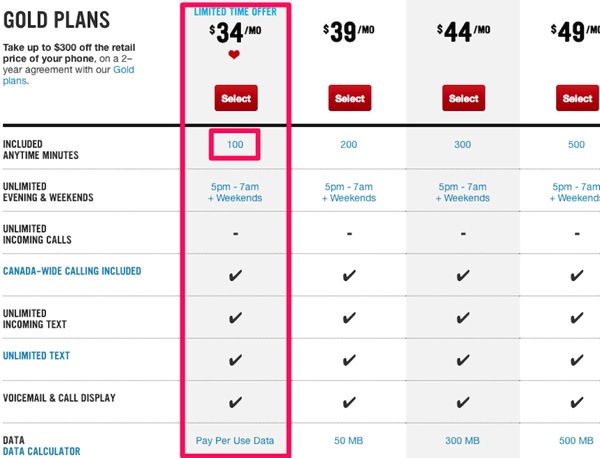 As of writing, both Fido and Koodo still show 200 anytime minutes on the same plan: 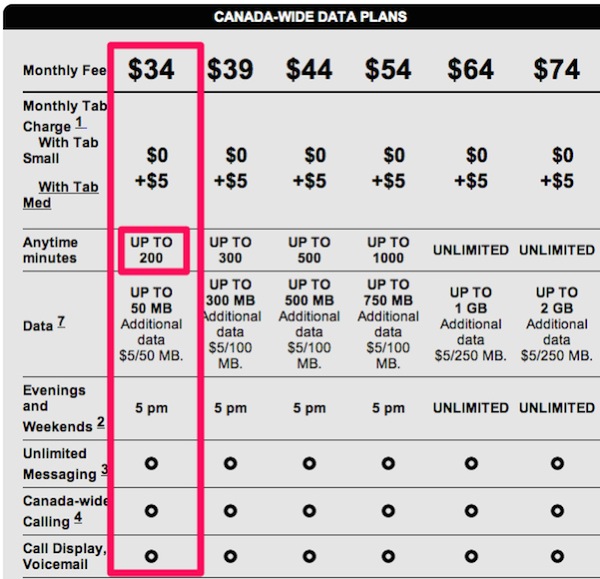 If history repeats itself, many would expect Fido and Koodo to also reduce their minutes too, since these plans always are revised to reflect the same details. Looks like for those not careful, the $34 Gold Plan is now ripe for overages in minutes (100 only) and data (50MB only).