On the weekend Virgin Mobile announced it had made a “mistake” with its new two-year term pricing on its Gold Plans and would increase its plans by $5, matching the same price as Fido’s Smart Plans. The plans have gone live and just now Virgin has updated its plans page to reflect the increased pricing: 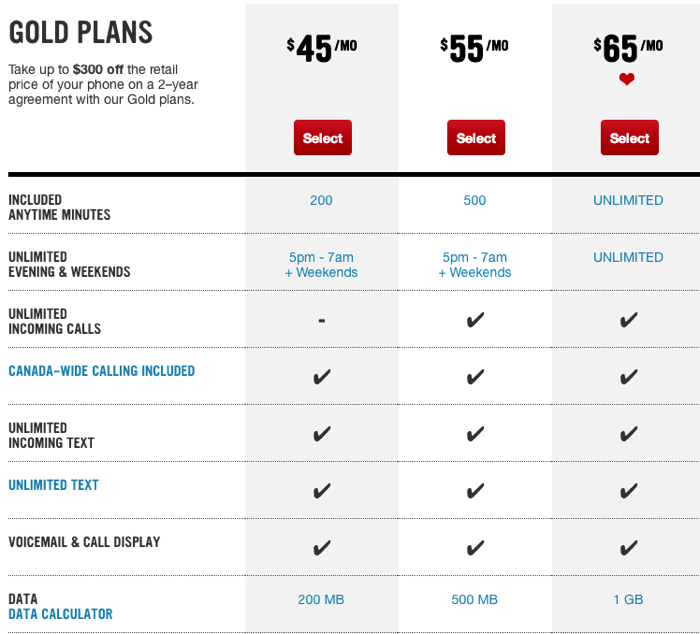 So far, Koodo still has its Canada-wide voice and data plans starting at $40 (month-to-month), but given how we have seen our incumbents match each other’s prices in the past, this could change too.