How to Watch Super Bowl XLIX Live on iPhone, iPad in Canada

Super Bowl XLIX kicks off at 6PM EST/3PM PST and if you want to watch a live stream of the football game on your iPhone or iPad in Canada, you can only do so via Bell’s Mobile TV app or CTV GO iOS apps, as they have exclusive rights to the game. 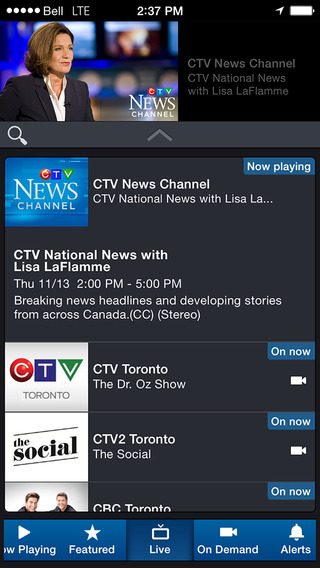 The Super Bowl is the most-watched TV event in Canada and the biggest in North America, which draws huge advertising revenues for Bell Media:

“There is no bigger platform on Canadian television that transcends sports and pop culture like the SUPER BOWL,” said Phil King, President – CTV, Sports, and Entertainment Programming. “We’re thrilled to have an array of advertisers and sponsors sign on for this annual ratings juggernaut. We’re also proud to continue our tradition of leveraging a captivated Super Bowl audience as a launch pad for our upcoming Canadian original programming, with ‘MasterChef Canada’ scoring this year’s coveted timeslot.”

Earlier this week, the CRTC decided starting in 2017, U.S. Super Bowl ads will be allowed in Canada, putting an end to simultaneous substitutions (simsumbs).

However, the NFL has stepped up to defend Bell Media’s exclusive rights, with Hans Schroeder, the NFL’s senior vice-president of media business strategy and development, saying the following in a submission to the CRTC, according to the Globe and Mail:

“We’re prepared to live inside the new rules,”

“We can’t step back into a contract like that, so we’re in a bind. Either we respect the NFL’s clear rights, or we have regulatory issues. And we can’t respect the regulatory rules because the NFL says we only have the rights they’ve given us.”

Bell has been under the gun lately, as earlier this week the CRTC banned the company from subsidizing data for its mobile TV apps, for the sake of net neutrality. Also, Bell Media again lost out to rival Rogers for hockey content, losing the bid for the 2016 World Cup of Hockey as well.