The report also included data for Canada, which saw us ranked 17th worldwide when it comes to 4G/LTE availability, and 13th worldwide for LTE speeds, averaging 30.58 Mbps. The top three are Singapore, South Korea and Hungary, with average speeds of 45.62 Mbps, 43.46 Mbps and 42.61 Mbps respectively.

When it comes to 4G availability, Canadians can expect to have access 81.10 per cent of the time, according to OpenSignal’s research. Compare this to leader South Korea at 96.3 per cent, followed by Japan at just over 90 per cent. 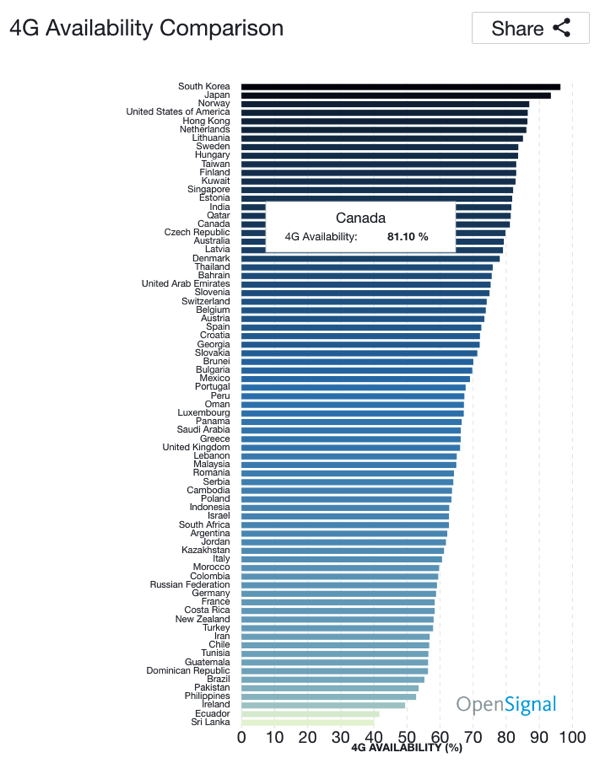 OpenSignal notes 4G speed is dependent on various factors, such as “how much spectrum is devoted to LTE, whether it has adopted new 4G technologies like LTE Advanced, how densely networks are built and how much congestion is on those networks. In general, though, the countries with the fastest speeds tend to be the ones that have built LTE-Advanced networks and have a large proportion of LTE-Advanced capable devices.” 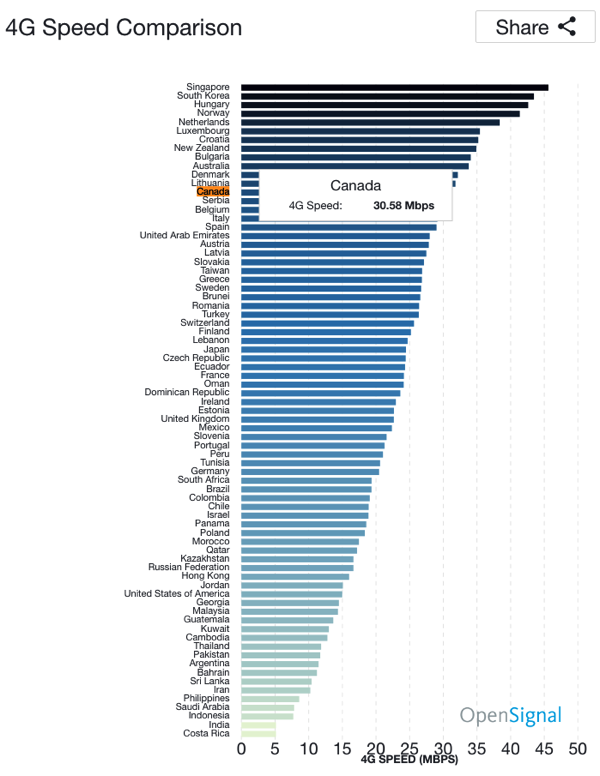 While Canada does have some of the fastest LTE speeds worldwide, users definitely pay for it as well. Minister of Innovation, Science and Economic Development Navdeep Bains, told attendees at the Canadian Telecom Summit on Monday, wireless subscribers in Canada pay high prices, noting “Access isn’t the only challenge,” adding, “A bigger barrier is price.”

OpenMedia is calling on Innovation, Science, and Industry (ISED) Minister François-Philippe Champagne to take immediate steps to halt the rapid decline of Internet competition in Canada, with the non-profit saying "Internet choice and affordability in Canada approaches breaking point." Even though the federal government announced a new telecommunications policy direction for the CRTC in May, competition...
Usman Qureshi
5 hours ago