Canadians Are Not Being Overcharged For Wireless Services, Study Reveals

While most Canadian consumers as well as the Federal Government agree that wireless carriers in the country are charging way too much for mobile services, a recent study published by The School of Public Policy that assesses the state of competition in wireless services in Canada, reveals that this is actually not the case. In fact, the Canadian consumers are demanding more from their carriers, for what they are paying, in terms of mobile services (via CNW). 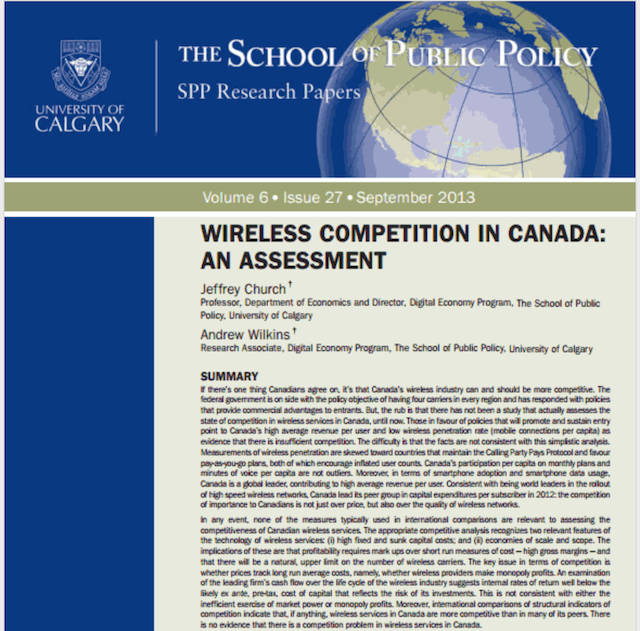 While maintaining that prices and the number of major carriers in Canada are not out of line with other similar international markets, the report notes that there is “no evidence that there is a competition problem in wireless in Canada. In fact, the opposite is the case”. The study further argues that governments’ efforts to use regulation to bring another carrier into Canada may be “misguided”.

“Efforts to create competition in the short run that increase the number of carriers will simply squeeze margins in the short run and likely will not be sustained in the long run as carriers exit and consolidate to reduce competition and restore margins consistent with profitability. While consumers might gain in the short run from lower prices, everyone is likely made worse off in the long run from the misallocation of spectrum, reduction in scale of carriers, and reduction in incentives to invest from such intervention.”

The report concludes by suggesting that the government should focus more on “policy measures that promote inter-network competition” instead of restricting incentives for investment by the ‘Big 3’ carriers and their access to spectrum.

“So, the bottom line is there is no evidence of excessive returns consistent with the exercise of market power. There’s not a lack of competition. If anything, returns are too low,”