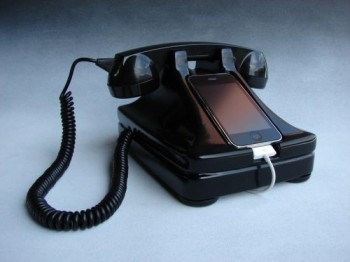 A new study from the Convergence Consulting Group reports 2 million Canadians will have only cellphones at home, ditching landline services by the end of 2011. Why is this happening? It is the result of ‘lower’ wireless prices from the ‘Big 3’ wireless companies (Rogers, Telus, Bell).

Canadians have decided to drop their landlines not because of cheaper wireless prices? I don’t think so (hey, I have yet to see my bill decrease!). It’s more of a cost-cutting measure rather than paying for something that is barely utilized, given the competitive rates available from VoIP services such as Skype. When one can make unlimited calls to Canada/USA for only $2.99 per month, it’s a no brainer to cut the cord.

Do you still pay for a landline? Vote and share your comments below!