Cathay Pacific and ZIP SIM (formerly Ready SIM) have announced a partnership to offer a free pre-loaded travel SIM card for Canadians flying to the U.S. 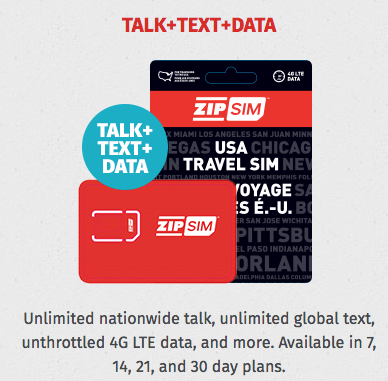 According to Cathay, “select” passengers flying from Vancouver to New York will be provided a free ZIP SIM card, with included plan, either a 3 or 7 day Talk+Text+Data plan with unlimited U.S./Canada calling, global text and 500MB of 4G LTE data.

Free SIM cards at launch will only be available to those flying out of Vancouver, but will later expand to other Canadian cities and “around the world.”

“Canadians today are still paying some of the highest roaming fees in the world,” Oren Chervinsky, Vice President of Global Sales and Marketing for ZIP SIM, told iPhone in Canada in a statement. “Together with Cathay Pacific we are giving travellers the opportunity to forget about the hassles and expense of roaming fees and stay connected with friends and family while enjoying their trip.”

ZIP SIM is a subsidiary of Otono Networks, the parent company of Vancouver-based Roam Mobility (they currently have a free day of Talk+Text+Data promo right now).

We’re waiting on clarification on what the requirements are to receive a free ZIP SIM, and will update this post when we receive the info.