Cellphone Data is So Cheap in India, a 35 Cent Bag of Chips Includes 2GB Free 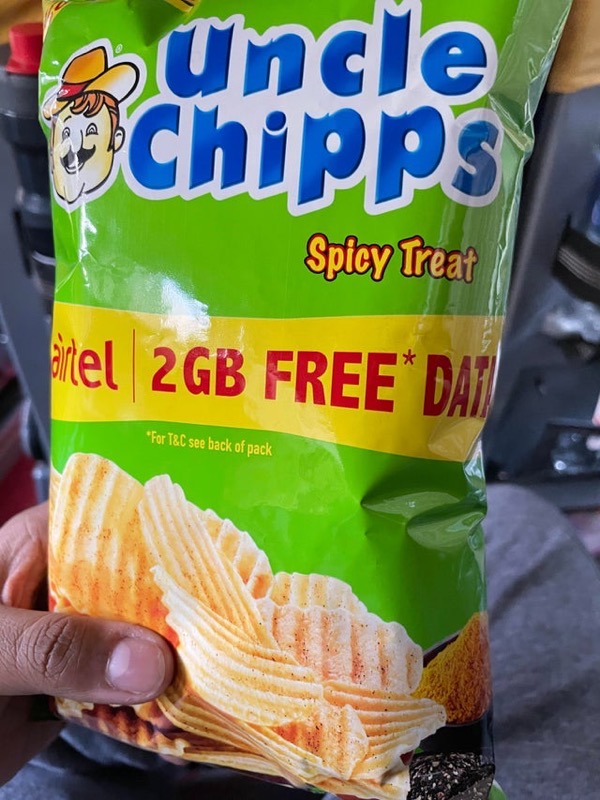 We’ve long heard the argument that Canadian wireless prices are some of the most expensive in the world, and a recent picture shared on Reddit of a bag of chips in India demonstrates just how cheap data can be elsewhere.

In the r/mildlyinteresting sub-Reddit, user ‘pauldmps’ shared a picture of a bag of ‘Uncle Chipps’ (‘Spicy Treat’ flavour to boot!), which costs 20 rupees, equivalent to $0.35 CAD. What’s interesting about this bag of chips? It includes 2GB of 4G LTE data for free from New Delhi-based telco, Airtel.

Of course, numerous Canadians chimed in to share their thoughts on the seemingly mind-bending offer from Airtel. Not only do you get a frickin’ bag of chips, but 2GB of free data to boot. Lord have mercy.

“Meanwhile, in Ontario Canada, anywhere away from a major metropolitan area, you need to refinance the house for 4 GB of data and the electricity to run it,” replied ‘Reddit-JustSkimmedIt’.

User ‘rikkiprince’ said, “I moved from UK to Canada about 4 years ago, and I was shocked at the price of plans. I found a report that compares the cost of 1GB plans across the WORLD, and it turns out that the UK is one of the cheapest places in the world and Canada is one of the most expensive.”

Even in countries such as Pakistan, cellphone prices are very cheap as well. Ice cream maker Wall’s frequently has promos where you get 1GB data free, when you buy an ice cream cone.

It wasn’t just Canadian wireless users that chimed in on the Reddit thread, numerous users from all over shared their thoughts on how cellphone pricing can be expensive.

Canadian wireless prices are an election issue for the federal NDP, as they want to put a price cap on cellphone and internet bills, while they also are opposing the Rogers-Shaw deal, currently being reviewed by regulators.

The Liberal election platform under Justin Trudeau does not mention lower wireless pricing or competition.

The Conservative platform says “a few giant companies have too much power, and Canadians are suffering for it. It’s time for a government that takes the side of consumers,” outlining it would allow foreign telcos to offer services in Canada.

Maybe one day we’ll see some free data offers in Canada on a bag of Lay’s? Mark Messier–where you at bud?