Over 60% of Canadians Say their Cellphone Plan is “Too Expensive”: Angus Reid

A new online survey commissioned by Angus Reid last month says the majority of Canadians believe their cellphone plans are too expensive, something we’ve known for a while now.

From March 28-31, 2016, a random sample of 1,522 Canadian adults from the Angus Reid Forum answered questions online regarding cellphone prices and a recent decision by the CRTC to essentially block competition by making it harder for Mobile Virtual Network Operators (MVNOs) to operate.

Over 60 percent (61%) of respondents said their cellphone plan was “too expensive”, while only 8 percent said their plan was “a good deal”.

When it comes to competition between wireless providers in Canada, 67 percent believed there was “not enough competition.” 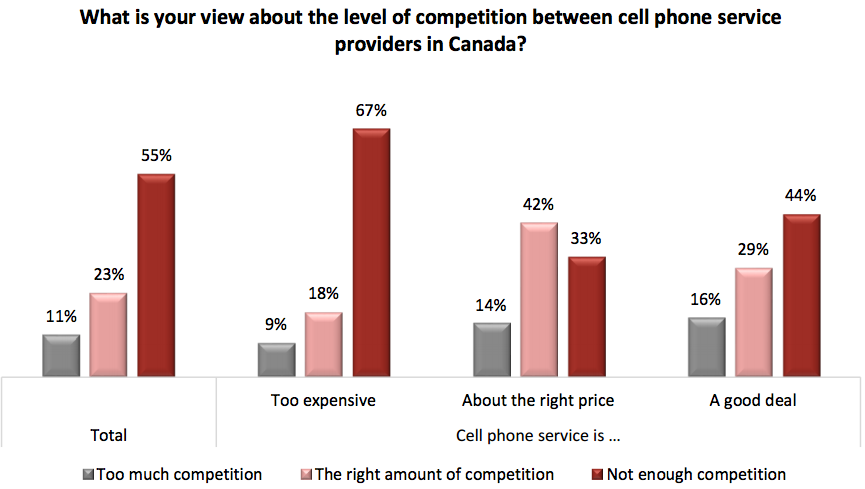 As for the recent CRTC decision regarding MVNOs, 61 percent said they “haven’t really hard anything about” it, while 46% believed the CRTC made the wrong decision in stifling MVNO creation. Only 14 percent said the CRTC had made the “right decision”. 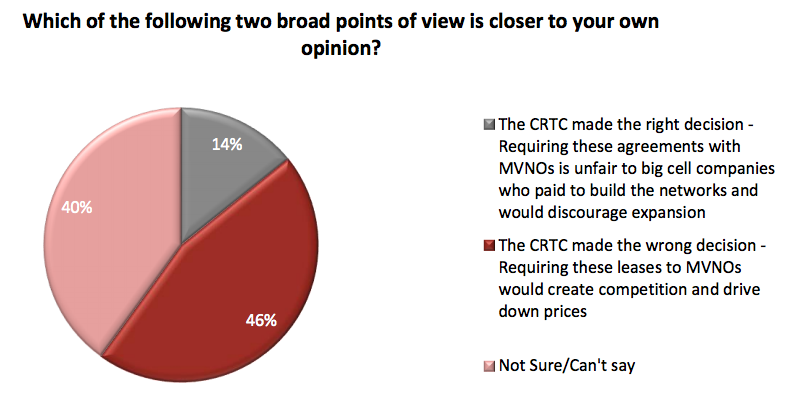 Lawford encourages wireless customers to contact their local MP (Member of Parliament) to know their thoughts about cellphone prices, and not just the CRTC, since MPs can “put pressure that the regulators can’t.”

MVNOs would allow companies to buy wholesale wireless rates from incumbents and re-sell to customers for profit, adding competition. However, companies wanting to start their own networks are unable to offer this, as the CRTC concluded “it would not be appropriate to mandate wholesale mobile virtual network operator access services,” but rather rely on “market forces” to drive a competitive market.

[caption id="attachment_382081" align="aligncenter" width="1000"] Image: Bell[/caption] As Hurricane Fiona makes landfall in Atlantic Canada, telecommunications services are more instrumental than ever in ensuring that Canadians can stay connected with their loved ones and emergency services. To that end, Industry Minister François-Philippe Champagne is organizing telecom operators in the impacted areas to "ensure their services are...
Nehal Malik
32 mins ago