Canadian mobile wireless prices increased significantly compared to last year — up 8% — according to the latest 2015 Wall Report, commissioned by the CRTC and Industry Canada. Since 2008, when the first study was released, the Canadian basic package cost has increased by 14%. The good news is that other packages — those including average and high call volumes plus a full set of features — dropped by 24%.

In marked contrast, the Level 4 basket price declined, dropping by 11% from roughly $93 to $83. The average price of the Level 5 basket is roughly $107 in Canada; however, since it is new to the study this year, its price cannot be compared to previous years. Average mobile wireless prices were generally found to be lowest in the cities of Winnipeg and Regina.

While the spike in cellphone bills is something Canadians are experiencing on their own, official reports visualize those numbers and put them into perspective by comparing them to cellphone bills issued in other countries. As with such reports, they take different baskets.

The newly released report compares these baskets in six Canadian cities to those in France, Italy, Germany, Japan, the UK, the US, and Australia. The conclusion: Canadians pay some of the highest prices in the world for wireless services. 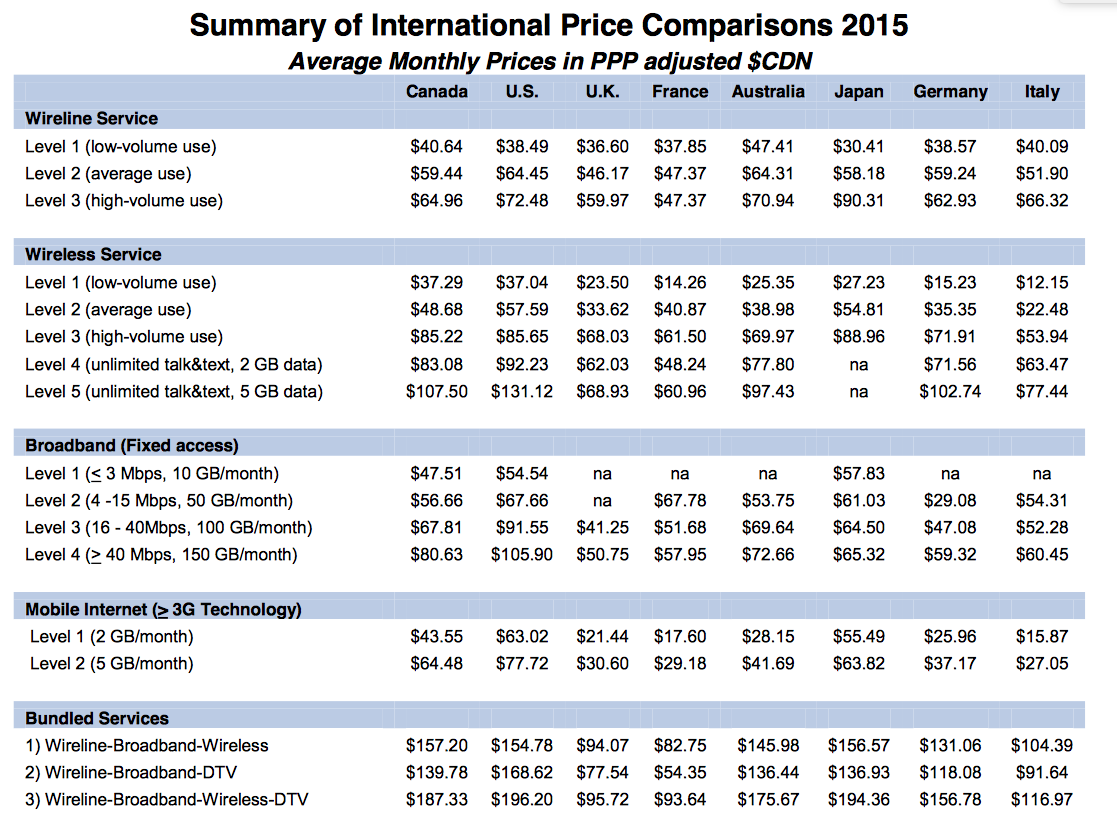 As an example, the basic packages are the most expensive ones, as Canadians pay an average of $37.29, compared to the $22 measured in other countries. Although prices have dropped in the Levels 2 to 5 baskets, Canadians are still paying up to 20% higher bills for the same services compared to other countries.

As you may have already experienced, prices differ in Canadian regions as well: if you happen to live in Regina, you pay lower bills for the same services compared to those living in Vancouver, for example.

New entrants such as Wind Mobile continue to provide affordable plans: the report found a 26% to 50% difference in pricing compared to incumbent players. Maybe it’s time to switch?