Cogeco has informed customers rate adjustments are coming this fall to TV, home phone and Internet. According to the letter sent to customers below, starting September 1, 2017, monthly price hikes are going to happen for the following: 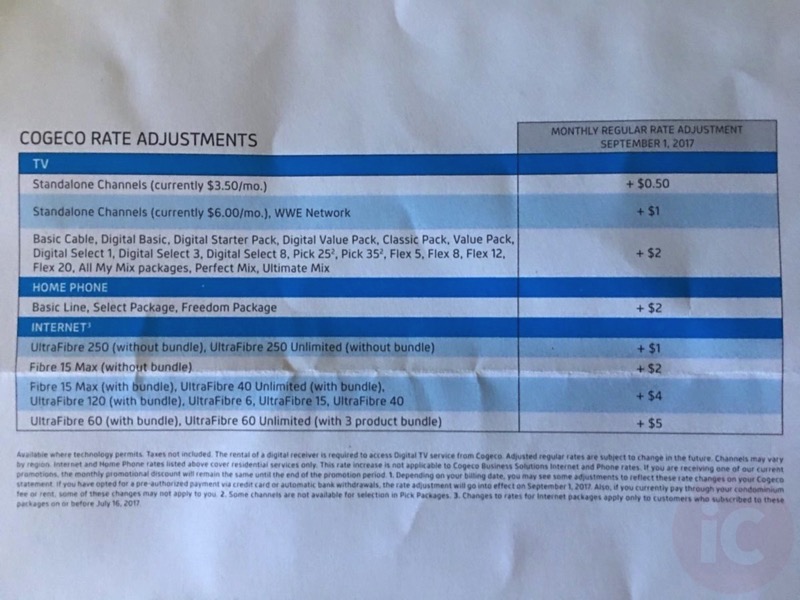 The fine print says price hikes are not applicable to Cogeco Business Solutions Internet and Phone rates. Those on promos will receive promo discounts until the end of the promo period. For those paying through condo fees or rent, some of these changes may not apply to you, explains Cogeco.

Also, Cogeco says “changes to rates for Internet packages apply only to customers who subscribed to these packages on or before July 16, 2017.”

The bottom line, it’s not getting any cheaper to have TV, home phone and Internet in your home from Cogeco. Yesterday, we told you Bell has price increases planned for CraveTV, Fibe TV and Satellite TV customers starting this fall.