US-based wireless subscribers now have the option for getting unlimited everything for roughly CAD$90 per month, thanks to T-Mobile’s latest uncarrier offering. Customers will pay $50 for the second and $20 for up to eight additional lines starting September 6, the carrier announced yesterday. By comparison, customers get roughly 2GB of data if they bring their own smartphones to any of the Big 3. 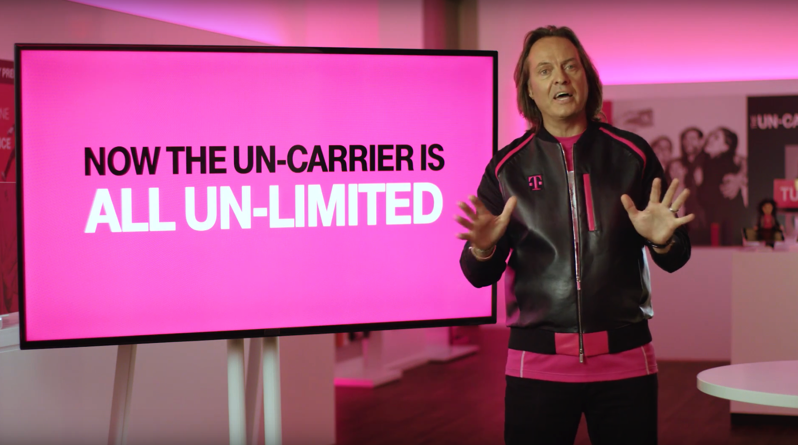 As you may already know, none of the incumbent players offer unlimited data plans. MTS is the only service provider offering unlimited plans starting at $86.50 per month. That’s likely to end as soon as Bell receives federal approval to acquire the carrier for $3.9 billion.

Of course you may think that what is possible in the US could be possible in Canada as well, and it this case for the incumbents to offer unlimited data plans. However, OpenMedia’s spokesman David Christopher isn’t confident about that, unless the carriers are “helped” by the federal regulator in some way.

“If they can do it down there, then we can surely do this up here,” said OpenMedia spokesman David Christopher. “I do think it will take the CRTC to step in… I don’t think the big telecoms out of the goodness of their heart are going to reveal unlimited data plans,” he told the Financial Post.

There is a catch in T-Mobile’s offering as well, though: the carrier slows down internet speeds from 4G to 2G when customers exceed 26GB of tether their phones. Still, you have a lot to download or to stream until you reach 26GB of data usage per month.

The evidentiary portion of the Competition Bureau's federal Competition Tribunal hearing against Rogers and Shaw over their proposed $26 billion merger came to a close on Thursday, following 18 days of testimony, parades of witnesses, and strenuous cross-examination (via The Globe and Mail). Oral arguments from the two sides are scheduled for December 13 and...
Nehal Malik
11 hours ago